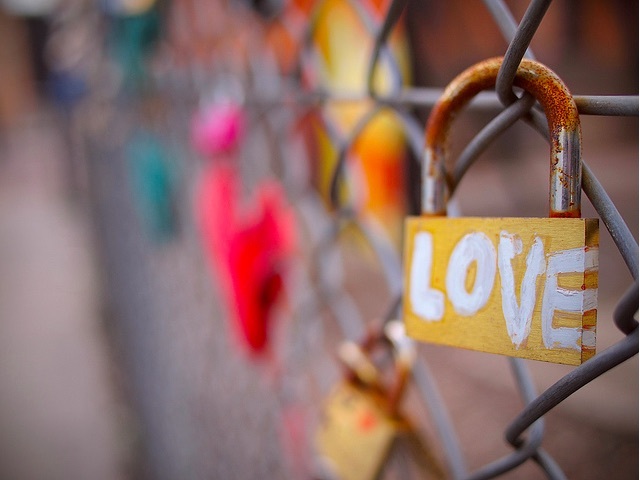 Continuing our series of short fiction set in, or influenced by London. This week’s story is by Laurence Sullivan, in which a young woman uses a dating app only to discover that her prince charming isn't all he's cracked up to be. Or is he?

The Tube's calming undulations were usually the perfect time for Juliet to rest her eyes after work, not today though. A sort of mania had gripped the young woman as she gazed into her phone screen as if it were a crystal ball. After only a few minutes of staring, her finger began dashing faster and faster across the screen as though she were conducting the world's most frenzied orchestra. Then she found it — the treasure she had been searching for.

There he was — the man of her dreams. This was her moment, this was clearly meant to be. Everything in his profile picture was perfection personified, the winning smile, the tousled blonde hair, and the toned physique. Better still, he was in Whitechapel, only a couple of stations away.

Juliet had planned on going home early to relax and binge-watch all her favourite shows back-to-back. Now that would have to wait — love conquers all, after all.

'Who says dating apps are a waste of time?' she thought, as she furiously began to type her first message to her future husband.

Moments later she got the response she had been praying for: Henry Cavendish wanted to meet up, ASAP.

Juliet suggested there was no better time than the present.

The moment the train pulled into Whitechapel station, Juliet leaped off it with total abandon. After almost losing her footing, she steadied herself against the station wall before glancing back down at her phone. The little flashing dot on her map let her know that Henry would be close, all she needed to do was exit the station and get some better signal in order to find him.

As soon as Juliet reached the top of the station stairs, a biting wind greeted her. Without a second thought, she lifted her little red hood over her head and began her journey to find her handsome prince.

Only moments after her adventure began, Juliet was already losing her bearings of her beloved city. One winding street followed another until it seemed as if she were leaving civilisation far behind her. Eventually, Juliet's GPS led her down a secluded pathway amidst Whitechapel’s urban forest. She had never realised that London could fall so quiet, the monotonous drone of traffic now seemed a distant memory, the cacophonous chatter of passers-by had all but vanished. There was nothing at the end of the brick pathway, save for a drainpipe and a lone frog beneath it.

"Thanks for nothing, Cavendish," Juliet spat, before turning to return home.

"Oi, love, what did I do to deserve that kind of treatment?"

"Who's there?!" Juliet shouted back at the disembodied voice. For a moment she tensed up, before slowly turning around and expecting to be face-to-face with a complete stranger.

Juliet's eyes darted quickly to the floor, where the voice seemed to be emanating from. "This is a joke, right? You're some nasty kid who's left a speaker in a drainpipe," Juliet said as she moved over to the gutter to test her theory.

As she bent down on her knees to get a good look inside the pipe, the voice suddenly returned from elsewhere, "Nah, love. I'm the frog."

There was utter silence as Juliet stared into the beady eyes of Henry Cavendish, the seemingly speaking frog.

"Oh, I see. I was wrong before. You really are very clever, aren't you? A little animatronic toy, you had me fooled then," Juliet said into the frog's back, presuming that was where the speaker would be.

"No. I'm an actual frog. What will it take to prove it to ya? Do ya want me to do a little tap-dance? Maybe some vocal scales? Seriously, love, what's so difficult to accept about this?" the frog replied, his little voice rising with indignation.

"I am," Henry replied, equally flatly.

"You have a six pack in your photo," Juliet said as she dived into her bag to acquire her supporting evidence. "You're also human..."

"Doesn't everyone lie on their profile?"

"They don't usually pretend to be a different species!"

"They're aren't any dating apps for frogs, and most frogs don't speak English, so it's not like I had much choice," Henry retorted, sounding more than just a little exasperated. "Would you really have come if I'd put my actual picture on there?"

"So, you're actually a charming prince, right?" Juliet suddenly stood up, her voice taking on a pleading quality, "All I have to do is kiss you and then you'll turn human?"

"No, I'm actually a frog who just happens to be able to speak."

Another moment of silence reigned over the pair. The little frog's eyes shifted from left to right, seemingly waiting for his beloved to say something, anything at all. Juliet simply stood motionless, staring down at Henry with a look of utter bewilderment.

Henry sighed audibly before going on to say, "I can make you a princess."

Juliet's face suddenly lit up. "How? You're just a frog."

"And?" Juliet said while moving her hand in a circular motion, as if to suggest Henry should be a little more forthcoming with his explanation.

"Have you seen the internet these days, love? There's this cat on there that just looks a bit moody, and she's made millions! Movie deals, lunch boxes, guest appearances — they're all hers — just for looking a bit peevish. Whereas I speak, for crying out loud!"

Just then, Juliet smiled from ear to ear as she came to understand the little amphibian's plan. "You're going to make me a millionaire?"

"I'm gonna make us the power couple of the century, we're gonna take London by storm!"

With that, the little frog leapt into the palm of Juliet's hand and the couple shared their first kiss.

"We're gonna be bigger than the Beckhams, baby!"