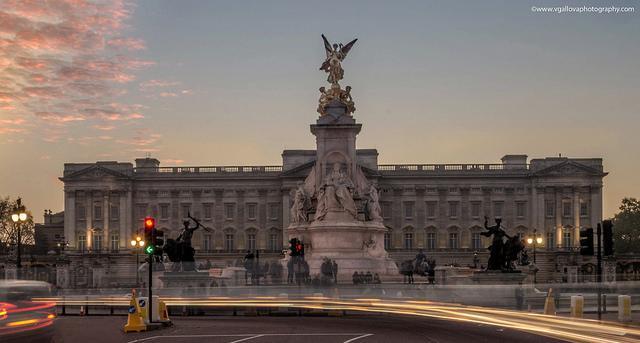 Continuing our series of short fiction set in, or influenced by London. This time, Sam Hogan, age 7, and a royal tale of thievery.

Finally his brain convinced him to go and sneak into the Queen’s house in Buckingham Palace to TRY and find some jewellery. Before leaving he remembered to bring his rope that he stole. He set off to the Palace and with his rope he threw it up to the Queen’s window, which was open luckily, and climbed up. He searched the whole room but found no beautiful jewels. But he saw something that everyone would not ignore... DELICIOUS VICTORIA SPONGE!!

Suddenly, he heard some noise which went like this... tip tap tip tap. Lyndon panicked but he finally got an idea. He looked into the wardrobe and put on, a blue hat, a red dress, some black shoes, a magenta bag and last but not least yellow leggings. He took the sponge and closed himself inside the wardrobe and waited.

The Queen came into the room and she felt something was missing... Her pyjamas!! She went to the wardrobe and she looked inside and there was Lyndon with the messy sponge all over her beautiful clothes. At the beginning she was angry but then she laughed because Lyndon had so many different colours on and also a big mouth full of sponge and jam.

So she invited him to have tea. The next day both of them went on the London Eye and to see Big Ben. That one night Lyndon said “Will you marry me?” “Of course not! I’m already married!” “Oh I forgot.” (Lyndon did not listen to the teacher at school and did not know in fact so he was lying).

The moral of this story is... If you want to be the greatest thief in London, you should listen to the teacher!