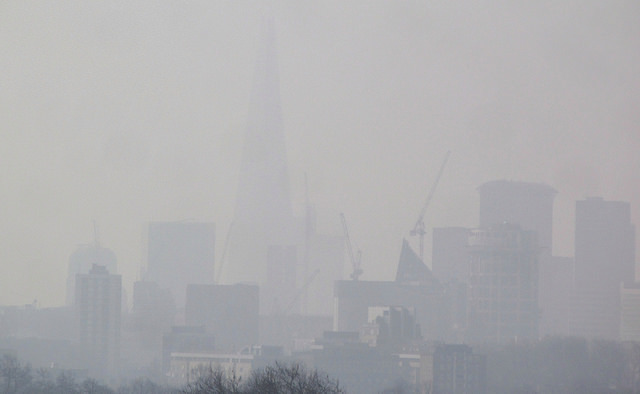 Stupid, stupid girl! Fay huddled deeper into her scarf, heels clicking on the pavement. A freezing pre-dawn fog had closed in from nowhere and, ahead of her, the southern end of Waterloo Bridge was lost in a damp haze that did nothing to lift her spirits. Why hadn’t she checked her bag before leaving her friends outside the club? Her Oyster had definitely been in there earlier, but equally definitely there was no sign of it now. And with too little money for a cab and a mysteriously dissipated battery on her phone, her only option was to walk home. It was miles!

Midway across, she paused, gazing in despair into the dirty old river rolling below. The alcohol buzz had ebbed into the beginnings of a hangover and her shoes were hurting her already (although there was no way she was going barefoot in this weather), but she had no choice. Sighing, she steeled herself to set off again.

His voice startled her. Heart thumping, Fay quickly assessed her surroundings. Looking back along the deserted bridge she saw that the northern end too had disappeared into the grey fog. She and this young man were completely alone. It seemed safest to give him the cigarette he’d asked for, so she fumbled out the packet and, seeing there were only two left, took one herself before handing it over.

With forced casualness she lit up, studying him as she flicked her lighter on. He was homeless, she assumed, judging by his dirty, worn-thin clothes and gaunt features. His eyes were striking, though; bright blue beneath that lank, fair hair. A shame: with a good wash and some decent attire she readily could picture him as a film star.

He drew on the cigarette with pleasure.

He had a soft accent – Irish, she thought, or perhaps Scots.

She nodded. He exhaled loudly.

Without thinking, Fay answered. Even as she spoke she again berated her stupidity. Why hadn’t she given a false name?

Blowing another plume of smoke into the cold air, he nodded, turning away to look out over the river. In the east the sky was lightening, ghostly silhouettes of familiar buildings beginning to shimmer against the mist.

“Tis a beautiful place,” he murmured. “In her own way.”

Cigarette in mouth, he was fiddling with his hands and when he turned back towards her Fay saw he had squeezed the empty packet into a cylinder and was now folding the top in on itself to form a rounded point. That done, he picked a piece of discarded chewing gum from a nearby post and proudly stuck his creation to the metal railing. To Fay, the little cardboard tower looked like a miniature version of the distant Gherkin, just visible behind it through the glowing mist. She wondered briefly why she should be able to see so far when the mist obscuring the ends of the bridge was so opaque. Perhaps it was something to do with the way the wind blew along the river, she thought. For some reason it hardly seemed important…

All the while the young man had been humming a wistful melody. It seemed to stir a distant memory.

“What’s that song?” she asked.

“Oh, just something I heard somewhere. Once upon a time.”

That was hardly a reply. Irritated, Fay was about to press the issue when she realised she was feeling far too comfortable in this stranger’s presence. She hadn’t even asked his name! She lifted her scarf higher over her chin and thrust her hands deep into her pockets.

“I need to get going. My friends will be wondering where I’ve got to.” With her eyes she vaguely indicated the South Bank, as if a crowd of friends stood waiting for her there, just out of sight.

He flicked the half-spent cigarette towards the river, pulled his threadbare jacket tighter around himself, and started to walk north.

Fay headed south, shivering as a gust of icy wind curled into her. Then she paused, and looked back. He was still walking away.

“Wait a moment!” she called.

Quickly, before she could change her mind, she jogged over to him, unwinding her scarf as she went, and finally pressed the warm cloth into his hands.

“I’m practically home,” she lied, spilling out some muddled nonsense about having so many scarves she really didn’t need this one. “It’s cold outside,” she finished unnecessarily.

“Now that’s extremely kind of you, Fay.” The lilt in his voice seemed full of private amusement. “I shall treasure it always!” he called as Fay hurried away, blushing furiously and feeling suddenly foolish.

“I hope you get home safe now. Just follow the shadow!”

What? Fay stopped. She turned, trying to make sense of what she thought he had just said.

Waterloo Bridge was empty. For several seconds she stood confused, hearing a wistful tune fade in the wind that danced around her. Then she began to tremble, feeling a new chill that had nothing to do with the weather.

Beyond the faraway towers of Canary Wharf the sun rose, and a low-angled golden beam pierced the dissipating mist. It fell against the crumpled cardboard tower that not long ago had been a cigarette packet, and a hazy shadow appeared on the pavement beside her aching feet. Fay looked down.

By the kerb, the pointed tip of the shadow just touching it, lay an Oyster card — one that bore a familiar scratch in the top right-hand corner.

Even before she picked it up, Fay knew with utter certainty that it was her own missing card. She also knew — although she could never have explained why — that she had had a narrow escape, that something had changed its mind that morning and allowed her to go home after all.