London Short Fiction: An Extract From The Diary Of Kay Richardson, Actor

By Londonist Last edited 103 months ago
Londonist London Short Fiction: An Extract From The Diary Of Kay Richardson, Actor 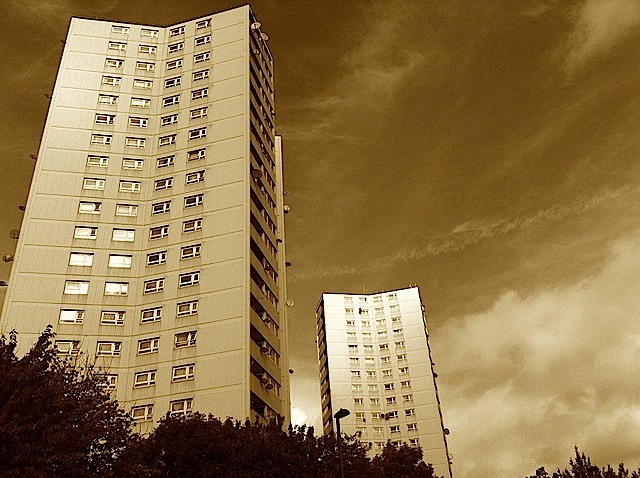 Continuing our series of short fiction set in, or influenced by London. This week, Tom Mitchell offers something, well, a bit surreal.

An Extract from the Diary of Kay Richardson, Actor

It is now twenty past five, Friday evening. I am about to retire to my bedroom and sleep until I wake. I hope there come no dreams. Not even sexy ones.

For today was fashioned in the depths of hell by bad-boy Lucifer himself. I feel half a man. Reduced, Richardson-lite. Losing consciousness is the only escape.

Last night is to blame and last night was a crazy, bitchin’, hot shit type of night. One might even describe the evening as BONKERS. I wouldn't. It is not a word a man such as myself should use. I am no ‘Dizzee Rascal’.

This velvet (sic.) Friday morning, I woke in an empty, mysterious flat. I wasn’t where I should have been - in Lee, SE London, in bed. The place was also fucking freezing. Unlike Lee. The room in which I regained consciousness held no furniture. An empty room. I had slept, curled, on the unforgiving carpet-less floor. Like a dog. A greyhound. Cold, white light flooded from the bare windows, encouraging my skull-pain. My mouth tasted of cigarettes, my shirt - speckled with sick and blood and black stuff. I was disturbed to find I wore no trousers. My pants, thankfully, were intact. Small mercies, Reader.

A quick recce of the flat revealed it to be wholly empty of life, save for me. A most troubling situation. A secondary recce (secce) revealed the flat empty too of my trousers. I stood in the small, white and DIRTY kitchen, drinking brown water from the tap when images of the night before flashed across my dulled mind.

Much later — a dance-floor. Wearing trousers, but DIFFERENT trousers. Talking to a girl who thought me a girl. I'm not a girl.

And so I left the flat. Thrust into an area of London unknown. Acton Town: wtf? Outside, in the suburban street, I stood paralysed by geography for six whole minutes, praying that someone I knew might materialise. Miracles happen – ask the Pope.

Six minutes later, I boarded a bus claiming to be heading towards Westminster. I hate public transport — to journey upon it is an admission of failure. My wallet contained only two pound eight three pence, however. I had no choice.

Before leaving the mysterious flat, I had searched through the myriad of Ikea cupboards in the bedroom for something in which to wrap my legs.

These wardrobes were full of frilly shirts (the flat of a dandy, perhaps) but as trouserless as my legs. I could only find cycling shorts. Having no alternative, I was forced to wear them. They were NEON GREEN. I see them now, Reader, in my memories. And I shudder.

I know not in whose flat I woke up. I sincerely hope I didn't drink to such excess that I murdered its tenants. This is not a joke. I really hope I didn't. There were slight traces of blood on upon my shirt. I may ring the Police to check that nobody was murdered last night in Acton Town, just to be sure. I’ll do it from a phone-box. Murder leads to short-term celebrity, but long-term unemployment.

The bus’s display hadn’t lied and after forty minutes of travel, the big red double-decker rolled past Trafalgar Square and I jumped out. Spanish tourists and pigeons and noise. Although conscious of wearing tight neon-green cycling shorts with a white dress shirt, suit jacket and EXPENSIVE SHOES, I was more conscious (monscious) of the hollow hunger pulling at my guts.

Solution: buying a MEATBALL sandwich from Pret and eating it over The Guardian outside the National Gallery like a sophisticate. London’s temperature was penguin-worryingly cold, but the pain of the hangover distracted my careless body for I worried not for my heat. In fact, all was going (relatively) fine.

Until, that is, I was approached.

A punter wanting an autograph, I thought. Then I realised I wasn’t yet famous.

I looked up. It was my downstairs neighbour. The one with the explosive nose. She stared at my groin, the tightness of the Lycra giving the contours a pornographic tint.

“Hello,” I said and tried to subtlety position The Guardian over the delineations of my genitals. “What are you doing here?”

“Taking my parents to the gallery,” she replied.

Two serious tweedy people to her left. A man shaking his head. A woman looking elsewhere.

“Well…have a nice visit,” I said, summoning as much enthusiasm as a Lycra-clad, hung-over actor in Trafalgar Square talking to his downstairs neighbour can.

“He’s the one I was talking about.”

The father asked if I always wore such clothes, as they moved out of earshot. He asked if I were “one of those”.

I threw down The Guardian and finished my meatballs with a flourish.

It was a subdued train journey home to Outer Blackheath. Thankfully, the train carriage was empty. Nobody else had the opportunity to complain about my shorts.

I burnt them in the sink on returning home. It felt good and I felt potent.

Reader, read well, for there is a moral here. Red wine mixed with vodka and Kahlua in one glass makes for a PAINFUL (trouserless) evening.

My 'phone does now hold one extra number, however: SONYA. Memory fails me, but I expect 'SONYA' was one hot lady. If only I could remember...

And so to bed.

Copyright, Tom Mitchell, 2013. Find him at ofwhich.tumblr.com and @tommycm. Image of Acton tower blocks by M@.