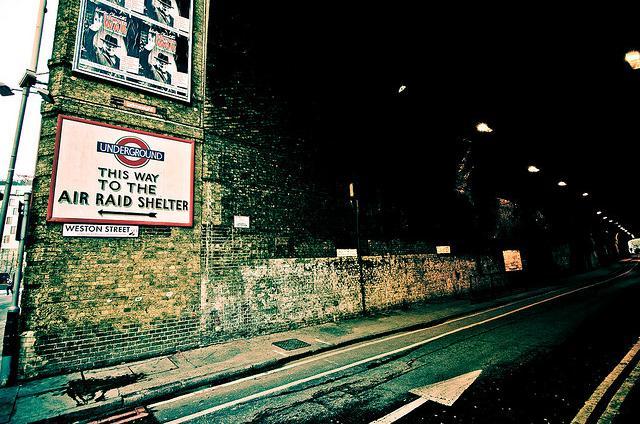 Continuing our series of short fiction set in, or influenced by London. Olivia Hutchings writes a story for children.

Lizzie bounded downstairs and into the kitchen where her mum was waiting, mobile phone in one hand, handbag in the other, the toe of her high-heeled shoes tapping impatiently on the floor

“Right Lizzie,” her mother started, “to get to Granddad’s you take the Central line — that’s the red one sweetie — that will take you all the way from Notting Hill to Newbury Park. You should get to Granddad’s around half nine.”

It was the first day of the Christmas holidays and the air outside was crisp with cold.

“Lizabeff?” a voice croaked from behind her and Lizzie turned with a start to see her elderly neighbour Mrs Alderman standing shivering before her.

“Oh! Hi,” she replied, studying the figure in front of her. This was the first time Lizzie had seen Mrs Alderman in person before; the old lady spent most of her time indoors and her tiny bent frame looked out of place outside in this cold Notting Hill street.

She didn’t really mind going to her Granddad’s, there was something cosy about the biscuitty familiarity of his small terraced house in the East End and listening to him talk about ‘the good old days’. “During the war...” he’d begin, and then out would come the photographs, brown and torn at the edges, photographs of people in old-fashioned clothes and hats, girls with ringlets in their hair. It’s not that Lizzie wasn’t interested, she was, but she’s learnt about the war last year at school. She had learnt about Rations and about the Blitz (Lizzie’s teacher, Mrs Kent, had made the class design posters). She sighed again.

At 08:25 Lizzie’s thoughts were interrupted by her arrival at Notting Hill Gate Underground station. The station entrance was crowded with commuters, some talking hurriedly into their mobile phones, others with their heads lowered over the morning's papers. Lizzie stepped back to allow a wave of pinstripes to pass in front of her. She was in no rush.

A sudden surge of warm air from within the tunnel signaled the arrival of the 08:27 train and a voice from overhead told passengers to keep clear of the doors please.

It wasn’t worth it, Lizzie decided. She would just wait the two minutes for the next train. The train pulled away and the girl found herself alone on an empty platform. This was strange; usually there would be other stragglers like herself that had wriggled free from the crowds to wait for another train. But today was not a usual day. Remember, this was the day that Lizzie’s routine changed.

Another surge of warm air announced the arrival of the 08:29 train and Lizzie stepped, somewhat warily, into an empty carriage.

After a while, the train pulled into Redbridge station. As the carriage doors opened, she was relieved to step out onto a crowded platform. It looked, to Lizzie, as though these new passengers were on their way to a fancy dress party; they were all dressed in old-fashioned clothes just like the ones in her Granddad’s photographs! Lizzie giggled as she edged her way through the crowd; she couldn’t help but think they all looked rather funny.

The station itself was very different from Notting Hill Gate. The posters on the walls looked old-fashioned and there were no adverts for mobile phones in sight. Lizzie lowered her head and quickened her pace (you can’t be too careful in this part of London, you see) towards the exit.

The moment Lizzie stepped outside the station, she understood. She must have stepped onto a film set; that was the only explanation! This would explain why the streets looked so dirty and why the cars were so outdated. It would also explain why Lizzie could see smoke rising from the horizon of buildings and why she could hear the wailing of a distant siren. Yes, a film set, Lizzie thought, a very convincing film set. Unfortunately for Lizzie, her mobile phone had no signal (a little unusual for London, but remember this is not a usual day) so she had no choice but to start walking and hope for the best.

The siren overhead continued and people began to hurry past Lizzie towards the entrance to the underground, reminding Lizzie of the morning commuters she had seen earlier that day. Stepping aside to let a group of people squeeze past her into the station, she caught sight of a small girl in the crowd. The girl appeared to be about 13, though she was small and fragile looking and wore, just like every one else in this strange station, similar old-fashioned clothes. She had light blonde ringlets held together with bows and carried, in her willowy arms, a small, frightened-looking puppy wearing a bright red collar.

“'Ent you comin’ in?” The girl turned to Lizzie and began addressing her in a broad East End accent.

“No,” Lizzie replied, a little puzzled, “I’m going to my Granddad’s.”

Just at that moment, a large, cross-looking man pushed past Lizzie and, as a result, she did not hear what the girl just asked her.

“We ‘ent got much time,” the girl glanced up at the sky, “fact is see, I can’t take ‘im with me” she tilted her head towards the puppy, “people don’t like it, apparently ‘e takes up too much room and we don’t know ‘ow long this one’ll last, Gerry can be at it for hours.”

Lizzie was now thoroughly confused; who was Gerry?

“You take ‘im,” the girl thrust the puppy into Lizzie’s arms, "‘e’ll be safer with you.”

“I’m Clara by the way,” the girl replied, “and ‘e’s Churchill,” and with that she was gone and Lizzie found herself alone once more.

“This is ridiculous,” Lizzie announced to the empty street. She had no idea how to get to her Granddad’s, she had no way of contacting anyone and somehow she had acquired a puppy. “I’m just going to go back to the underground station, find Clara and tell her I can’t keep Churchill. Then I’m going to get back on the train, go home and call Granddad from there,” she decided.

So this is what she did. Only, when she got to the station, Clara was nowhere to be seen among the crowds of people piling out from underground. The siren had stopped and Lizzie could hear lighthearted mutterings of false alarm from within the rabble; try as she might, she could not see Clara.

As Lizzie sat, alone again on an empty tube train, her fingers clasped around a metal tag on its collar which, she noticed, read ‘Churchill, 1941”. Why 1941? Lizzie wondered. Finally, the train pulled into Notting Hill Gate station and Lizzie stepped out onto the crowded platform. She was relieved to see that the passengers here were dressed in jeans, just like Lizzie and that there were no old fashioned costumes in sight.

Do you remember Mrs Alderman? Lizzie is about to meet her again.

As Lizzie retraced the familiar steps towards her front door, she came across the old lady watering plants outside her house. At that moment, the puppy leapt out of Lizzie’s arms and bounded excitably towards the old lady.

“Churchill!” Mrs Alderman exclaimed, “but it can’t be!” she cried.

Lizzie was extremely puzzled. How could this be the old lady’s dog when she had been given him earlier that day by a 13 year old girl?

“I gave ‘im away when I was 13; I was scared see, there was an air raid and we thought the Germans were coming. We all had to get underground in case we were bombed so I gave ‘im away to a little girl. That was in 1941. December 1941. How on earth have you got ‘im?”

This certainly made no sense. Lizzie had spent the morning on a film set hadn’t she? A film set where the actors all wore old-fashioned clothes and spoke apprehensively of a man called Gerry. And it definitely was a film set, wasn’t it?

At that moment, the postman wheeled his bicycle to where Lizzie and Mrs Alderman were standing. He had some letters in his hand for the old lady.

“Morning Lizzie,” he smiled cheerily, “some post for you, Clara.”