London Short Fiction: Places To Hide A T-Rex In London

Continuing our series of short fiction set in, or influenced by London. This week’s story is by Helen Craig. 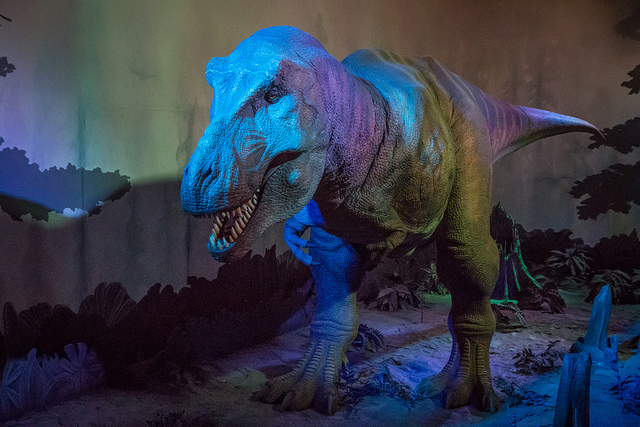 Every Londoner knows that this is a crowded city. It’s hard to find a space to call your own. And one day, you might find yourself followed home by a dinosaur. In my case, I found myself trapped in the London area with a Tyrannosaurus Rex, my 11-15 oyster card, and no idea what to do. I thought I should publish this guide for any other young women who find themselves in this position. So, here you have it. Places you might try to hide a T-Rex in London, from personal experience. 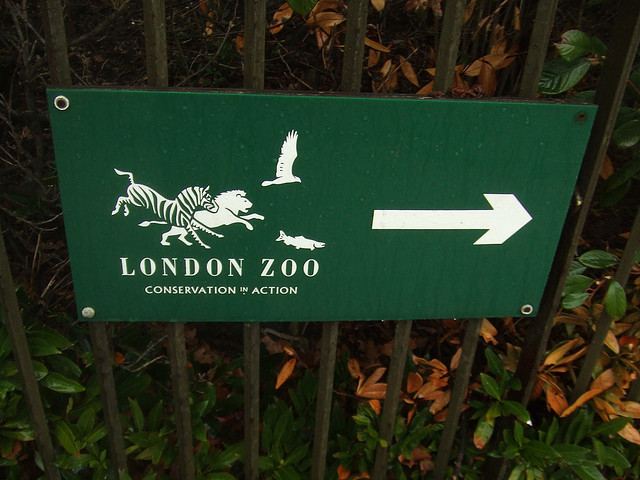 This might be your first idea, but it is not a very good place to hide a T-Rex. It might seem good, in the quiet of morning in Regent’s park, but believe me. It gets busier. It’s very hard to hide in the zoo, even if no one sees you sneaking in, dragging claw tipped feet through the early morning mist. People will notice a dinosaur once the zoo opens. They will be scared. The Zoo is also full of mammals, which T-Rex find strange. Apparently they never used to be so big. The sensible dinosaur sized animals must find somewhere else to hide. 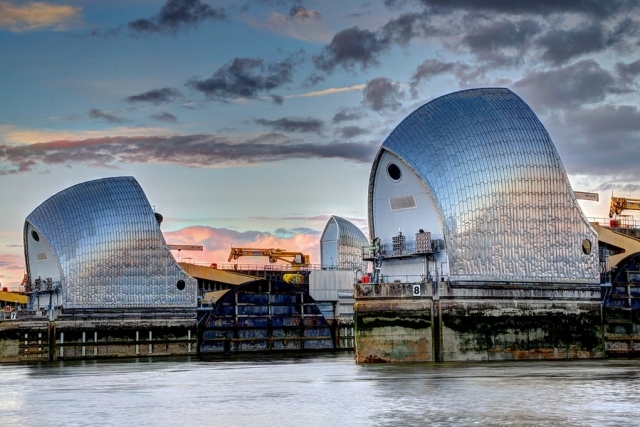 This may be a good place for water dwelling dinosaurs. And after sneaking out of Regent’s Park under a pile of elephant poo, even non aquatic dinosaurs and their human friends might enjoy a cool swim down the Thames. A Spinosaurus could even think the flood barriers were shaped just like him. But I cannot recommend the Thames Barrier as a hiding place for a T-Rex, or for a human. It is very damp. I still don’t feel properly dry. 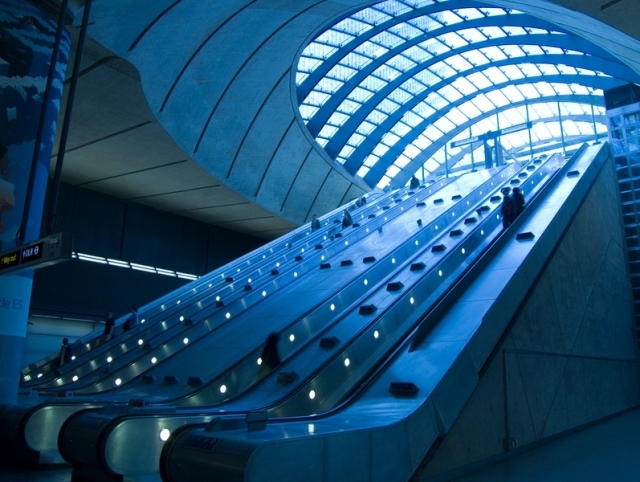 The buses and noise of the modern world may scare your T-Rex. She might even ask to go underground. This is not a good idea. Your T-Rex is 40 feet long, four feet tall, and weighs around seven tonnes. Even in the dark underground passages, she is hard to miss. Seeing the face of a Tyrannosaurus from the dark window of a carriage is scary for both Underground passengers, and for your T-Rex. They really do have feelings, you know. It is best to lead them to safety through a quieter station. Gloucester Road district line is convenient, and has a very high ceiling. 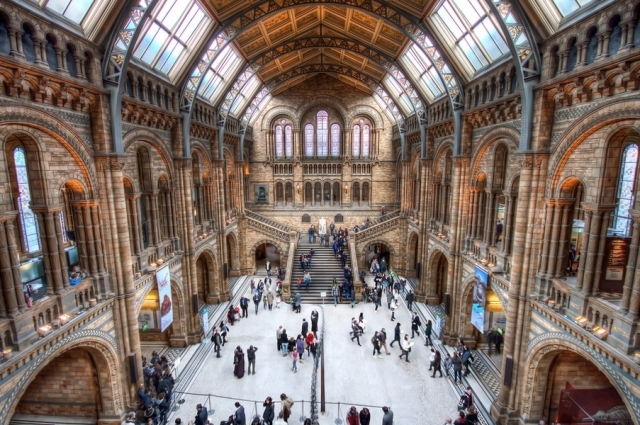 This is a terrible place for a T-Rex. Sure, it’s close to the tube, and it looks so beautiful from the outside, with warm, gold coloured bricks, and carvings of animals on the outside. But once you get inside, it is full of skeletons! There are dinosaur bones everywhere, just openly on display. The T-Rex was sure she recognized an old friend. Should there not be a warning when a museum is full of bones like this? I do not approve. 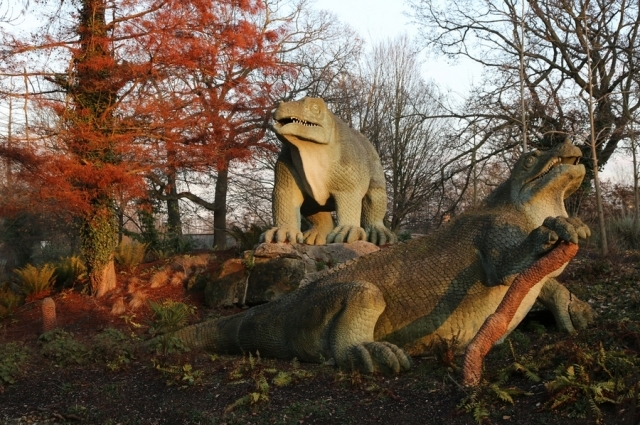 Crystal Palace Park is beautiful. It is full of trees, and greenery, and even has a maze. But more importantly, there are dinosaurs in Crystal Palace Park. Big, proper dinosaurs. Now, I’ll admit, they are a bit quiet. And they don’t look quite like you might expect them to. But then again, my T-Rex probably doesn’t look like you’d expect either. I bet you didn’t even think she has feathers! (T-Rex are proud that birds are the descendants of dinosaurs. Apparently more dinosaurs than you’d expect had feathers.) Crystal Palace Park is a perfect place to hide a dinosaur. She can be with her own kind there. You will miss her, but it is probably for the best. You don’t want to be around when she gets hungry.

Authors note: This advice is not complete. When you think about it, there are probably hundreds of thousands of places to hide a dinosaur in London. I’m sure someone with a nice, dry, safe home to sit in can think of many more. But sometimes you’re not safe. Sometimes, a dinosaur follows you home — who knows why or how? It’s in times like that when I hope this guide will come in useful. If you’re out there, and you have a dinosaur, please, let me know. I know one T-Rex who would love some company.