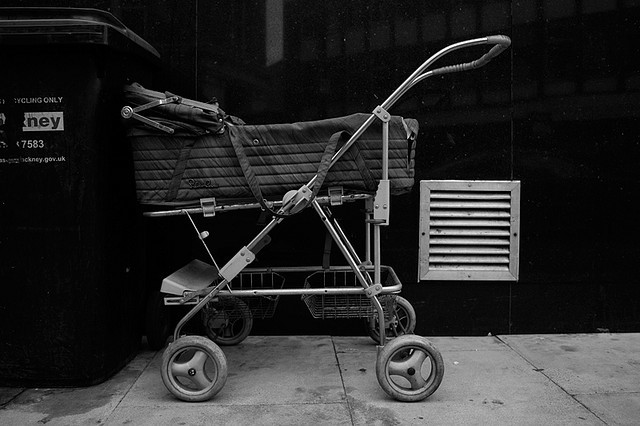 Continuing our series of short fiction set in, or influenced by London. This time, a struggling actor becomes a hero of the people.

An only child, content with his own company and familiar with lonely walks through autumn leaves. This is Mark. When Mark was ten, he was already a teenager; during his A-Levels, he was thinking of mortgages. Allow Mark to be your protagonist. Try to let Mark take on the role you so desperately want him to fulfill.

This was Charlie Marsh’s life. For seven evenings and one afternoon every week, Charlie became Mark, “a cruel and dangerously compelling character, that manipulates and captivates his audience” (London Evening Newspaper). After seventy-five performances (seventy-six after that evening), Charlie was able to seamlessly and silently recite the narrative that accompanied the opening scene and, leaving behind his concealed position in the wings, take up his station in the centre of the stage.

“I am not likeable.” Mark recites, a deliberate veneer of menace apparent on his pale face. “I’m not an endearing protagonist. I fulfill a role, just like you; just like the owner of the shop around the corner; just like the cabbie that drove you to that interview that time. Everyone has a place and everyone has a role — the ‘goodies’, the ‘baddies’ and those oh-so tragic victims that we love to pity. I am not a victim. I like to hurt people.

Smiling inwardly at the audience’s unease, Mark continued. “I like to hurt people because I can. I have a desire to cause pain. I have hurt over seventy people, killed one hundred and been punished for none of these crimes. I am, what your police like to call, a ‘seasoned and cold-blooded killer’.

Tonight’s audience, just like the seventy-five that preceded it, shuffled uncomfortably in their seats, unpleasantly tantalised by this façade of danger. Mark slipped silently from the stage.

In the wings, Mark was lost and life was breathed once again into Charlie Marsh. Poor Charlie Marsh. Not a “prodigal son” and certainly not “born into a semi-wealthy family”, Charlie had spent the autumn of his twenties scouring the free papers for acting roles.

“We don’t have anything suitable at the moment, I’m afraid.”

Countless times, Charlie had sighed as he hung up his phone, disheartened and with the unpleasant recollection of his diminishing bank balance now, even more prominent.

This morning, Charlie had looked in the small, rectangular mirror over the sink in his white and functional bathroom.

“Describe yourself in three words” had been one of the questions directed at poor Charlie as he tussled with composure during his thirteenth phone interview.
Charlie studied his pale reflection; his dark, loosely curled hair; his angular and not-without-charm cheekbones. Then, with another sigh, the lines embedding themselves defiantly in his forehead, the yellow stains gradually bleeding across his front teeth (an unpleasant reminder of his failed resolution to “quit for good this year”).

“Describe yourself in three words.” Charlie repeated aloud. “Nothing-to-lose” and, with a brazen two-fingers-up at The Resolution, he lit a cigarette and slammed the door.

“I always miss the applause,” Charlie whispered to no one in particular. From his concealed position in the wings, Charlie could feel the audience’s gratification and approval as the play’s denouement determined Mark’s downfall and the victory of Mr. Good Guy. With Mark off-stage, supposedly defeated, Mr. Good Guy stood, angelic under a beam of white light, announcing the “triumph of good over evil” and applauding the police’s “success and courage in these dark times”.

“I always miss the applause,” Charlie repeated. With this morning’s nicotine now barely impacting his blood stream, he slipped away. Once again, unnoticed; once again, poor Charlie Marsh.

His newly awakened senses noticed the lady and the pram as he crossed Henrietta Street. The lady, young, heeled and business-like, had her back turned (just for a minute, honestly) away from the pram and was busying herself with the cash machine’s illuminated key pad. Charlie, once again unnoticed in the shadows, shuffled past, his camel duffle coat defending his thin frame against the November night.

“Oh Jesus, my baby!” A scream lit up the darkened street. Pedestrians stopped their commute, couples unlinked their hands, Henrietta Street watched as baby and pram rolled rebelliously into the road. Of course, a cab was coming, speeding probably. Illuminated and predatory, the cab drew closer, the navy pram all but invisible to its poor, heedless driver. The lady, presumably rendered immobile by terror, or grief, probably both, continued to scream, painfully and piercingly from the pavement.

“Hang on!” A voice called and a man doubled back, sprinting, from his statutory position just a little further along the pavement. Our Hero, attempting what none of the frozen onlookers deemed possible, pounced fearlessly into the path of the (still–ignorant-to-the-imminent-hazard) taxi, grappled with the pram and scooped up the baby, emerging breathlessly to the sound of gratitude (from the mother) and applause (from the mesmerized crowd).

“Oh my goodness, I can’t thank you enough!” The mother exclaims as the mystified baby is returned to her outstretched arms. “At least tell me your name?”

As he walked away, the stunned audience thought they heard the whispers of the sound of the sentence “I always miss the applause”.