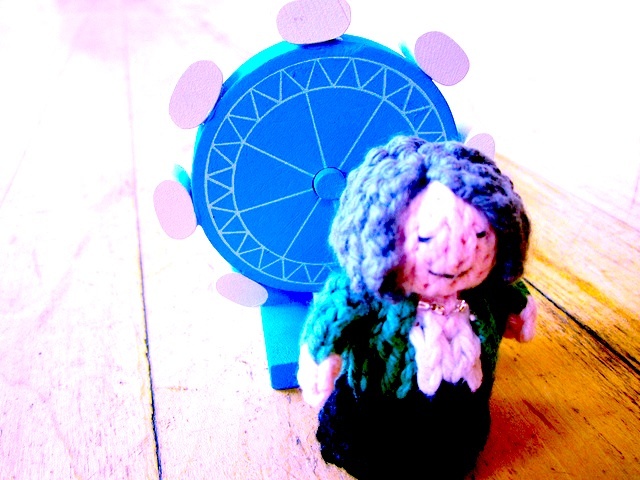 Our short fiction series continues. This month’s special theme is London Razed, visions of the city’s destruction in the past, present or future. This week, Liz Hedgecock unleashes a digital wipeout.

'Ugh. Do I have to?' Angela swung her legs down from Mike's sleep pod and padded across to the screen.

'You destroy stuff. Extra points for style. Your job is to flatten the city. Here it comes!'

'Hm.' Angela pulled the visor over her eyes. This had better be good.

London Falls...The red, white and blue title faded out and suddenly they were in the middle of a place she knew from history lessons. 'Wow! Look, the Gherkin!'

'Oh yes!' Mike threw a frisbee at it. It sliced neatly through the base of the building.

'Woah! What did you do? What was that?' Angela grabbed his arm. 'Why isn't it moving?'

'Clean cut.' Mike turned and grinned at her but she couldn't see his eyes behind the visor. 'It won't move until something forces it to.'

'Yeah.' Mike snapped the Shard off and waved it around. 'I could just hit it with this but that's only a thousand points.'

'Hmm.' Angela looked across the river. 'Hang on. Pass me the Shard.' She pinged the London Eye off its mooring and balanced it on its rim. 'I need to concentrate.'

Angela began to bowl the Eye like a hoop. She took it over Waterloo Bridge and turned down the Embankment. The noise was ear splitting. The pods cracked and broke off, crushing cars and people.

'Well, this is a new angle.' Lily watched the Eye scrape past, tapped by the Shard. 'Look, Jake, Mike's got some new moves! Or — no! It's a new Player 2!' She ducked into an alley as a pod rolled towards them. When it had crashed safely into the Bank of England she peered through the dust cloud. 'Angela. That's what her name is.'

'Look, hovering over her head.' Through the smoke they saw the Eye connect. The Gherkin rocked, looked as if it might settle, and then the breeze from the river caught it, and the Gherkin toppled, very slowly, onto the Baltic Exchange. The London Eye, released from control, skidded a little on the tarmac, then spun on the spot like a coin, driving shops, and then lamp posts, people, parking meters and cars into the ground over and over again, before coming to rest on top of them.

Lily checked that her gun was loaded and slung another ammo belt over her shoulder. 'Come on Jake, we need to go and put up a fight.'

'Because she's the best one we've seen! She's way better than Mike and this is her first go. If it's too easy she'll lose interest and then — well, that could be worse than Stacey, if Mike gets bored too!'

'What are you on about?'

'Why do I even bother explaining?' Over and over again. You're not a named character in the game. You don't have a memory. You left your wallet on the hall table that day, so you had no ID when they picked up what was left of you afterwards. Nothing to match you with. My purse was in my bag. Shame my driving licence photo was taken on a bad hair day, but at least I have a name, and a memory. Even if this isn't what I thought I'd be using it for.

Mike held up Nelson's column and counted the row of houses speared along its length. 'Eight.'

'Yes! I still rule...Ow! What was that?' Angela frowned, rubbed her heel, and looked down.

A red Routemaster bus was reversing down Whitehall. As she watched, it stopped, then accelerated into her foot.

'What the -'. She tried to grab the bus but her fingers were too large to grasp it. 'Mike, I'm being attacked by a bus and I can't catch it! What do I do?'

Mike flicked his house kebab into the Thames. 'You need to go smaller. There's a wheel on the left side of the visor.' He scanned the landscape, looking for bungalows.

Angela felt for the wheel and clicked it down. Suddenly she was on a level with the buildings and — too small! Now she was smaller than the bus! And it was coming for her again! She dodged left and it ploughed past her. The brakes squealed, and it reversed, looking for her. She could see a man behind the wheel but his face was pixelated. A woman with a cloud of curly hair was grabbing his arm.

'GET BIGGER!' Mike's voice boomed and echoed off the stone frontages as he towered over her. He might step on me. Angela’s hand trembled as she found the wheel and clicked it upwards. She sat down on the Ministry of Defence and gasped for breath.

'The people...they tried to kill me.'

'Well, what do you expect?' She couldn't read Mike's expression behind his visor.

'Probably nothing. Maybe we get thrown out of the game.' Mike shrugged. 'I don't know. It's never happened.'

Angela shivered. 'Let's get out. I don't like this.' She pulled her visor off, blinked, and pulled the cartridge out of the machine.

'NO!' Mike lunged, too late. 'You don't do that, you push this first! It's an antique, you need to respect it.' He tried to push the cartridge back in but the broken plastic casing jammed in the console.

'Oh well.' He threw the cartridge into the bin. 'There goes London.'