A series of short fiction set in, or influenced by London. 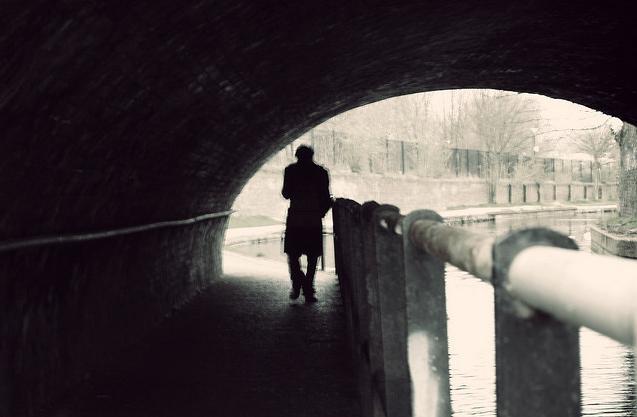 A series of short fiction set in, or influenced by London.

Out he comes, dredged from the canal. The narrow-boat girls pat him, tend him, talk to him.
—Mate. These city boy tossers. They think they own the place. There’s kids on here. Babies in buggies. Good job it was you went in, not one of the kiddies, eh?
They salvage his bike and he’s packed off home in borrowed clothes. He thinks of what he will say to his wife. You’ll never guess what happened to me.
Two coots drift on the water sideways as he pushes his bike back under the bridge where it happened. The cycle whizzing past. The wobble. The fall. Steady old Clive in a slow-motion tumble. Pathetic.

Clive has a fitful night with dreams of icy water and miring weeds. He is looking up through a layer of oil at a darkened world. He is sinking.

The next day, his wife leaves early. She is kind. She rings in sick for him. She puts a cup of tea on the bedside table before she goes to catch her bus to work where she will tell her receptionist, her colleagues, her patients even, if she has enough time with them today, that her husband fell in the canal.

Clive takes a sip of tea. The brown liquid comes back up, propelled by bile. It runs from the corner of his mouth, onto his white t-shirt, onto the pale blue duvet cover they bought from Habitat all those years ago.
He puts the tea on the bedside table before he coughs. His chest rasps. A grunt follows.
—Coffee? says the grunt. Is that coffee?
—It’s tea, Clive manages to say as the wave of shock catches him and his mind whirrs into gear to tell him it’s a delayed reaction. He’s had an upset. It’s normal.
—I want coffee, the voice in his chest goes. Beans. Ground. Roast. Brewed. Barista barista.
Clive has a flicker of annoyance — he hates the four new artisan coffee shops on the high street. He pulls the covers over his head.
—It’s too dark under here. I can’t breathe, the voice says.
—Who are you?
—Mud Man.
—You’re inside me?
Mud Man grunts.
—But. How?
—Just am.
—But why?
—Shush, Mud Man says, I’m sleeping now.

Clive wakes from a doze and tells himself he’s been dreaming. He goes for a wee.
He goes for a shower.
—Ooh, that tingles, Mud Man says.
Clive trembles as he turns off the shower. His legs wobble as he climbs from the bath. He looks down at his hard on. He waits and listens. There is only a dripping noise from the shower head. He rubs himself dry.

Clive lies fully dressed on top of the bed and watches TV.
—I’ve got one like that, Mud Man says.
Clive breathes in and out fast through his nose as the bearded man on TV holds up a chamber pot.
—I let the geese use it for shitting competitions. Five points for a direct hit.
Mud Man gives a series of short rasps that Clive thinks might be laughter.
—It’s not easy to control, you know, Mud Man says.
—What isn’t?
—Goose shit through water. Most of it drifts off.
Mud Man gives another rasping laugh. The programme moves onto an art deco mirror.
They watch TV together for the rest of the morning. Bargain Hunt. Great Railway Journeys. A budget cookery show. Clive goes to the kitchen. He finds a multi-pack of bacon fries at the back of the cupboard. A half-eaten pot of hummus in the fridge.
—Ugh, Mud Man says at the first mushed mouthful of maize and chick pea. Bile rises. Clive puts the food away. He’s not hungry anyway. A dramatisation of Sigmund Freud’s life comes on TV. Clive dozes. He is back in the canal. His voice is breaking.
—It's too cold down there, Clive tells Mud Man. You can stay with me.
—With you? In your clean sheets? What will your wife think?
—It’s so dark there. You don’t like the dark.
—The dark there is different. The dark there is good. Mud Man coughs.
—I can get us something nice to eat. Something that doesn’t make you nauseous.
—Shush. I’m trying to watch. This chap has a nice beard.
—Do you think you might like some chicken?
—Chicken bones. Chicken bones. Canal’s full of chicken bones.
—A nice organic chicken. Not chicken shop stuff.
—Shh. I’m listening.
Clive dreams himself rising out of mud, a slippery birth into air and sunshine. Leaving behind blind pale creatures in layers of sediment. He wakes to the sound of the front door opening. His wife is back.

His wife chops onions.
—Do you think it’s the shock?
Clive can hear the impatience in her voice. She deals with deluded people all day long. She can turn cancer, brain tumours, dementia into colds, stress and old age.
Mud Man keeps silent while Clive tells his wife it’s like he’s got a new friend.
Clive keeps silent while his wife boils water for pasta and talks about the links between unexpected physiological experiences and emotional reality.
Clive eats his first mouthful of pasta tentatively. When he swallows, he feels how hungry he is. He wolfs the rest down. He carries the empty plates to the kitchen and washes them. His tears fall on eco-friendly bubbles.

Clive’s wife arranges for him to see a counsellor. They talk about trauma and bodies and memories. He cycles home along the tow path. He stops to look at oil on the water. A girl wearing a tabard asks him if he’d like to become a friend of the canal. He can’t get any words out and the girl blushes. His foot slips as he pushes off and his bike wobbles but he balances and rides on.

This story was originally a winner at British Academy’s Literature Week.