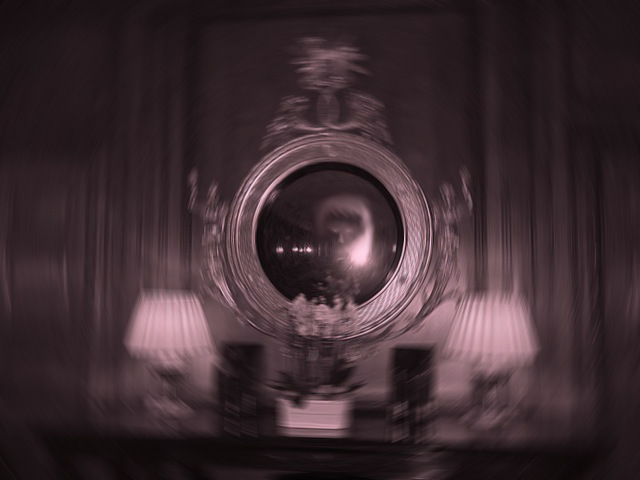 Continuing our series of short stories set in, or influenced by, London. Today, Grazia Brunello dips into the future of north London, through a glass darkly.

Lea Cass woke up every morning feeling life was ebbing away from her. She was 35 and hated everything about it. The greying hair, the network of lines under her eyes, the knowledge that time was running out.

She had been living in London for many years now and, while she still loved it, she had started to experience a sense of detachment, like the town was rejecting her.

It is after all, she told herself, a young place: a phantasmagoria of pubs, cafés, night clubs, cinemas and theatres. An intricate pattern of streets and graffitied walls, buildings popping up so quickly it was almost like a magic trick.

Speed was for the young and that’s why she had started to feel Samuel Johnson’s kind of tired.

Nevertheless, she had accepted an invite to go to the opening of a new oxygen bar in Crouch Hill.

The area had been fairly posh up until 2020, but in the last decade, after that dreadful TB outbreak, it had undergone a seismic change. At first, it had been transformed into an urban desert, fast food tumbleweeds blowing on litter scattered pavements. Then, squatters and artists had moved in, and the habitual cycle of gentrification had rebooted itself.

The night was clean and bright, like a crystal glass rinsed in scolding water. The light gleaming in the distance looked cheerful, despite or maybe because of the streets being so empty.

Lea was standing at the Alexandra Road stop, waiting for the tuk-tuk. Tuk-tuks had become ubiquitous during the outbreak, when no buses were allowed in North London. Now, they had become fashionable and drivers customised them according to their taste. The one approaching had tyres painted in glittering gold. Lea got in, sat back and shut her eyes.

“Through a Glass Darkly” was already full of chattering people and Lea squeezed past a group of loud city types. Her friends had congregated in the “Breathe” room, which was dedicated to the oxygen users. Ella and Jo were already high, she could tell by their squeaking voices and the near-metallic ring of their laughter. She said hello, sat down, grabbed a cannula and started inhaling the oxygen.

She woke up in the dark, in a street she did not recognise. Her head felt heavy and her eyes hurt, as if a thumb had been pressed hard on the orbits. Something was different. She was different…lighter, more alert and…she felt like running.

The black windows of the shops, empty in their nightly slumber, looked on while Lea sprinted up the hill. The willowy, flame haired girl, light on her feet, like a dancer, an elegant swan, like…she stopped dead. The mirror had a greenish tinge and the street lights were flickering, but it was unmistakably her face staring back at her. She touched the shop window and the reflection mimicked the gesture.

The first thing to do was to make sure she had not gone mad. Or that she wasn’t hallucinating because of the medicated oxygen. Beer, she thought. She entered the little corner shop by her flat and grabbed a bottle of Ashen Ale. The Indian girl behind the counter raised her barely there highbrows, took the beer and, without a word, put it back on the shelf.

I hope it’s not going to be like some corny Tom Hanks film, she thought. All I need is to be in a feel good morality tale, a happy ending then back to reality. No thanks.

She was home, finally. The key still opened the front door and the hall was dark, which in London is never quite pitch black. She switched on the light and suddenly she found herself in an unfamiliar room.

“Finally! I’ve been waiting for so long, I must have aged at least a couple of centuries.”

The young boy had longish black hair and intelligent unblinking grey eyes, fair skin, straight nose and freckles. He was sitting down, but was clearly rather tall and very skinny.

“Who the hell are you and what are you doing here? And where’s my room? This is not my room.” Lea was incoherent with fear. Damn, she needed a drink!

“Tristan Lyle. I’m your neighbour. And this IS your room, or at least it was when you invited me in this afternoon. Anyway, are you all packed? We need to leave now if we want to get there by tomorrow morning, like we agreed…”

Neighbour? Two old men and a tenant she had never met. This must be the unknown third person. A skinny, geeky boy…oh damn! Not a vampire or a wizard or some other rubbish…

“You are not a vampire wizard, are you? This’d bore me to extinction…” Lea almost spat the words out, at the smiling freckled face.

“You watch too many silly movies. You said you’d come with me to Clissar…Changed your mind? Just say so…”

Lea was so annoyed she wanted to scream. Keep calm, she thought, you must be hallucinating or mad. Or both.

“Clissar? It’s not a place, it’s not even a name! I was a woman and look at me now…I’m a little girl! I was with my friends in a bar…and…”

Ella and Jo! She searched her bag for her phone, but the screen was dead, the battery probably…

“Phones don’t work, you should know. It’s the telepathic black-out shield” — the boy explained with assurance.

“What? I can’t understand a word you are saying!” Lea shouted.

“Too many people using telepathic devices, so the transmitters had to be shut down to avoid a black-out.”

This was too much! I really must be going mad, she thought.

“Why are we going to this place, this Clissar?”

Tristan looked at her, with his eerie unblinking stare.

“We have to stop London from disappearing, of course!”

He held her hand, as she watched the room slowly fade away from them.