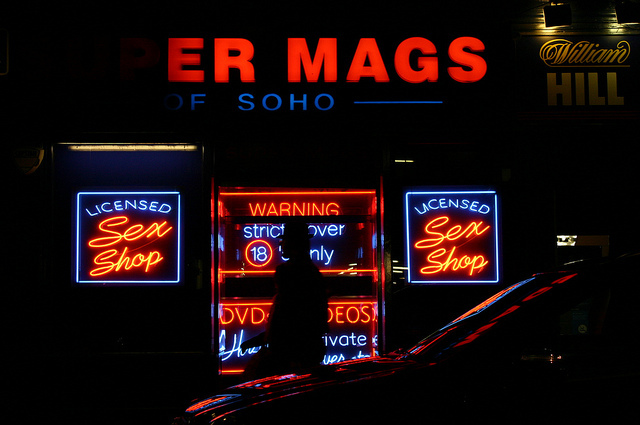 Continuing our series of short fiction set in, or influenced by London. This week Sebastian Groes tries to shatter the concrete dream that is London.

It’s a funny thing, but just now, walking by that cul-de-sac, it all came rushing back.  It was that dried up piss reek. Took me straight back.

I’m not sure what was wrong with me. The great unrest had taken possession. I was living in this strange nowhere land between Rotherhithe and Greenwich and would sleep during the day. I’d leave my flat whenever darkness descended, walk along the Thames, by City Hall, the Globe, along the South Bank and cross the Hungerford Bridge.

I was alone, broke, and broken. I hadn’t been here long, maybe six months. I’d nothing to do, was just recovering from my injuries. I probably had a mixture of homesickness and overwhelming desire to be part of this new world. To be let in.

But London was a concrete dream. I just didn’t know what to do. I once ran, as fast as I could, into a wall at King’s Cross, like Harry Potter. Hence the scar. I know it’s not funny. So I walked, night after night, away from myself. Walking made everything go a little bit soft. Open. So I could enter.

I walked and walked and walked the maze until I was vertiginous, weak. I walked combinations of streets: Golden Square to Beak Street to Lexington to Broadwick and back via Brewer Street. I made a special effort to walk dead ends, of which Soho has many: Dufour’s Place, Wardour Mews, Duck Lane, Sutton Row, Smith’s Court. My feet had to touch every paving stone: it felt important. I did the Italian walk, the journo crawl, the horny trot along Old Compton and Walker’s Court with its sex shops, peep shows and ‘models’. The walks seemed codes that promised to unlock the secrets of this city.  I always ended up in Golden Square, where I felt free, a temporary relief from the dark labyrinths I’d just traversed.

There are probably doctors out there who propose a physiological explanation for the effects of walking on mood — something to do with endorphins hitting particular parts of the brain perhaps. I’m not so sure. But it calmed me down. I owned my body again.

The summer was trying to cling on to itself, about to be trampled over by the windy wetness of autumn; the sun just couldn’t be bothered.

No other place in London changes appearance so radically at night. During the day Soho lies out for the count holding its breath, in denial of what’s to come: another battering of sights, shouts, smells. The aromatic alleys, the waft of cheap overperfumed country girls, Bar Italia’s espresso smell, as if by magic, everywhere – and a hint of Peking duck that had the guts to make its way across Shaftesbury Avenue. Everyone high on something, guided by pheromones that made sure you ended up in the sack, whether you like it or not.

I thought of those walks as my Soho nocturnes. Drifting and dreaming. I was alone but when I floated through the Soho night taken up by the endless tides of people on their way to some unknown destiny, looking for a bar or restaurant, or coming out of some theatre, it all made sense.  There is nothing that comes close to the feeling of the company of people, like a birthday party, when the cacophony of voices carries you in the arms of mankind. When unconditional fun and love illuminate the world. Anyway, I was less alone.  I imagined that together we were a gigantic, unstoppable wave washing Soho clean of its sins.

Of course no one in the crowd actually spoke to me. The only ones who’d talk to me were the down-and-outs. Dave’d lost two fingers to frost bite but still produced roll-ups faster than anyone I knew. He'd always say, Aiste, what a fucking gorgeous name. I said, I like it too. Thank God.  Together we would watch the people party-going.

Sometimes we’d stake out the clubs.  He’d mock the self-important big-shot fuss when tossers left the Groucho. Dave wondered if your bowels would empty themselves faster if you’d hang yourself with a three hundred pound silk scarf. The only place that was spared our vitriol was Black’s. Someday, I said to Dave, I’ll take you there.

I met Angela deep into a Saturday night, Sunday morning really. She found me bathing in first light. She was from Peckham Rye, ran away when she was sixteen. The weather had eaten away face and hands. Ange said, ‘So-Ho’ was an ancient hunting cry, when the Duke of Monmouth and his noblemen chased hares, foxes, deer. No much changed I guess. The hunt still on. Lots of so-so hos. We knew it wasn’t funny. She’d been through a lot, much more than me.

We used to drift together, Ange and me.  Sometimes we’d lock arms. It’d made us feel stronger, against the looking. All the looking, cutting you down, the men. She’d ask, Why did they do that to you, back then? I shrugged, said, We were too rich, powerful, no one likes that, we lost our title. Why always that punishment for women, she asked. Let’s leave it, I said, let’s walk.

I wonder where she is now. Dave died. Stabbed. Probably shot his mouth off one time too many. I never made it to Black’s, anyway.

It was on the last Thursday of October when it happened. It was around one; pubs and clubs were coughing up punters like dirty phlegm. I staggered through the crowds on Berwick Street. A sudden gust of wind, warm like breath, like a lover’s whisper. London went soft and open. The city enveloped me, and spoke. Aiste, she said, you no longer need to.

And there I was.

That was the end of my Soho nocturnes. At first, I missed my night walking, but soon I was at ease, and reconciled myself to being a member of the living who every day conspired in the creation of the soft dream of London.