London Short Fiction: You Were Not In When We Called

By Londonist Last edited 103 months ago
Londonist London Short Fiction: You Were Not In When We Called 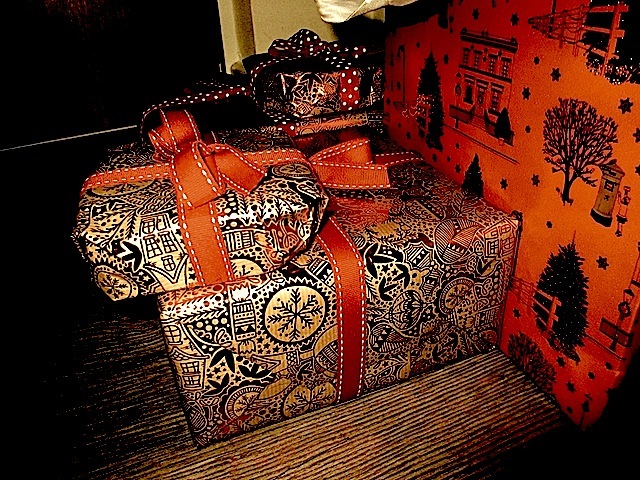 Continuing our series of short fiction set in, or influenced by London. This week, Megan Toogood offers a seasonal tale.

You Were Not In When We Called

First it’s Diagonal Downstairs, the pretentious single mother and her bewildered children, zooming around in the dark for god knows what reason. Her unkempt boyfriend fails to prevent one of the children from scooting into the road but it returns unscathed. I can’t tell whether it’s a boy or a girl, with its shoulder-length hair and baggy woollen jumper – honestly, why must people insist on looking like refugees. The parcel is something wooden. Something educational that her children will pretend is an Xbox in their desperation to be like the other kids. She looks me up and down and scurries away, embarrassed.

My first gentleman of the evening arrives. ‘Running a hotel for parcels?’ he remarks as he manoeuvres towards the stairs. He’s not a small man.

After he’s gone the couple from Next Door Left knock on the door, they look lovely and in love. They smile as if the walls weren’t thin enough for me to know exactly what they get up to at night. If it’s not consensual, it's abuse: that’s all I’ll say. She’s wearing an overcoat that looks like it’s been dipped in Brilliant White. She’s gone a bit over the top with her highlights, so it’s difficult to look her in the face. Or maybe it’s just the streetlight dazzle. I’m in my blue dressing gown by this time. The parcel I hand over is long and thin. That’ll need an Alan key, I think to myself. They titter as they scurry back home, though whether at themselves or me it’s impossible to tell. They’ve fallen too far from the moral high ground to be tittering, surely.

Number Fifty Four pop in with tiny mince pies to apologise for the length of time that box has been stinking out my hallway – tanned, would you believe? I mean, who orders organic cheese and then goes away for a fortnight. Again I get the look. In their minds, there are only two types of people who wear dressing gowns in the p.m.: chavs and prostitutes. It’s obvious she thinks I’m the first kind by the way she explains the cheese, dipped in some kind of near eastern tree resin apparently. I would have shut the door in her face but I’m not a rude person.

A man from Pimlico Road arrives. It took him twenty minutes to find me, he said, which goes to show how little some people get to know their local area. I did mention that if I was delivering a pear tree sprayed with real gold I probably wouldn’t ask a distant neighbour to take it. He said he’d been waiting in for it all day at his other house, and must have entered his city address by mistake.

I was in my green dressing gown by this time. My second gentleman of the night arrived and we kicked things off with a glass of champagne while we watched the prat from Pimlico try and tie the pear tree to the roof of his Land Rover. Not a lot of roof space for such a large vehicle, remarked my gentleman.

The parcel that ticked was the last to go. Five members of the Student House came to get it, with two more loitering on the pavement ‘in case they needed help’. I could tell they were relishing the excuse to get a better look at me. I’m diminutive and rotund and not young; not what you’d expect of my profession. But not everyone fails to notice that I’m not an office worker.

They’re all wearing big fluffy hats that look like sheep, though it’s not that cold. Between them they carry an assortment of odd sticks and brightly coloured sacks that I can only assume came from the skip at the steps to the river. The children from Diagonal Downstairs run out to see them and pester successfully for chocolates. One of the students shoots involuntary glances in my direction. You can’t imagine it now, I think, but you’ll be knocking on my door sooner or later, me or someone like me.

Of course it never occurs to them that I might be equally delighted to get a look at them. Like everyone else, I regard my life as normal. They are the strange ones. It’s nice to see my neighbours at Christmas. It’s a natural consequence of working from home, I’m the only one in when the postman comes. I do run out of room for them all, sometimes. What I can’t work out, as I hand over packages large and small is: why do all this online shopping if you’re never in? Yes, one by one they come knocking at my door.

Next Door Left and Three Doors Down appear, just as the single mum emerges.

‘Look,’ she says, pointing at the sky above the house.

‘Is it the satellite?’ asks one of her children.

I step out into the road to join the assembled neighbours, holding my candy-stripe dressing gown closed at the throat. For once, no-one shrinks away from me. They are all for a moment freed from sitting in constant judgment over their fellows, freed by something true and magnificent. Above the house, hanging low in the brisk, midwinter sky, is the brightest star I’ve ever seen.

Submissions for this column should be sent to fiction@londonist.com. Entries must be no more than 1,000 words, and must be set in London, or strongly inspired by the city. Full details here. During the seasonal period, we're particularly looking for stories with a Christmas theme or setting.