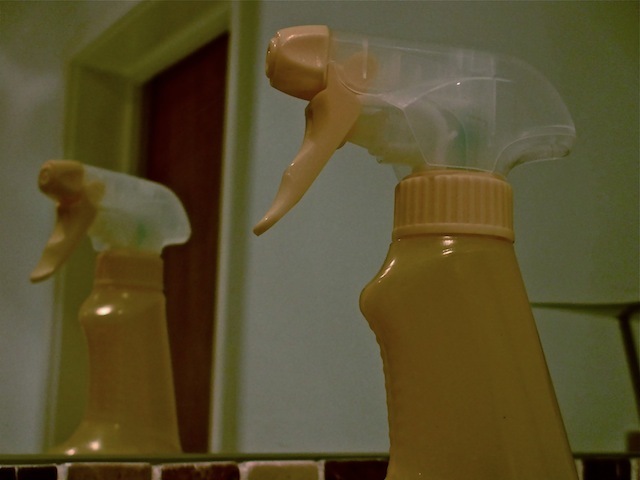 Continuing our series of short stories set in, or influenced by, London. Today, Ursula Dewey rolls her sleeves up for some house work.

Hilda spent most of her days inside houses, back bent as she swept under tables or tied up rubbish bags. She had office shifts every other week in the smoke and mirrors world of the City, but the domestic jobs were the most interesting. As a cleaner, she felt, she had the best view of London.

Wednesday’s were always North West – her favourite neighbourhood. Cleaning the homely idylls of financiers and property moguls, followed by a walk through Primrose Hill, her treat to self. She often ended her walk in her favourite spot along Regents Canal, next to some old barges, where she’d set herself on a bench. It was there that she’d leave English Hilda behind and become Phwata from Bangkok once more.

She’d hurry from her shared room in Kilburn to the station, leaving the littered pavements and uncollected dog mess behind her. She’d exit the tube at St John’s Wood and always stood on the right instead of walking on the left. She loved the art deco lamps on the escalator, their industrial stems, cast in elegant bronze. The lights pointed upwards instead of downwards, reflecting off the dome of the metal ceiling. London was the sort of city where you could point upwards and aim for more. She needed more.

This Wednesday she had promised to clean two flats in the time it took her to do one. But she couldn’t miss her meeting – she had met a possible evening client by chance at Regents Canal last week, and had promised to see him. The money would be worth it. “Breath-taking,” he’d called her.

It was going to be a stressful day. The Long family and the Beauville family were both having guests round that evening, dinner parties of some sort, and they needed their places to be spotless. Hilda hated to say no. And hated to do things by halves. But this was a one off. A flicker of dread stirred within.

Mrs Long’s last words to her had been frantic: “Hilda, don’t forget you must iron the children’s uniforms and clean the oven, on top of the usual list – and don’t forget the bathrooms – I don’t want a single one of Doug’s stray hairs showing up uninvited.” She elongated each vowel in the way people often did in NW3.

“All manner of menial work,” the agency had specified.

She let herself into the Long residence. It gave her a thrill to have keys to this grand Edwardian building, with a neat front garden and immaculate window boxes. She’d looked it up online to see how much these houses were worth and had felt bitter about her wages ever since.

Even the air smelt expensive there. Fragranced candles were a passion of Mrs Long’s and her birthday had turned the atmosphere heavy with them; pots of basil, lavender and amber scented candles lined the shelves.

This part of town was how she’d imagined London before moving there from Thailand. She’d imagined walking down these Mary Poppins streets with a pram and a man, wearing a designer handbag. Embracing the Mulberry and Maclaren uniform; a dream she’d watched walk past her a hundred times while polishing windows.

The Long’s house was completely uncontaminated; she suspected Mrs Long cleaned it daily; it looked like a show-home. Perhaps hired help was just part of a social expectation Mrs Long had subscribed to. She didn’t need Hilda’s input. Nonetheless she made her usual touches, a superficial once over, spritzing disinfectant to help it smell more clinical, and tidying the papers in the entrance hall. There was always a pile of particulars for various Chelsea houses, presumably to add to Mr Long’s corpulent property portfolio. She almost forgot to double check the bathroom and when she did, Hilda found three shades of pubic hair with a raised eyebrow.

Onto the Beauville’s. Their pretty maisonette was substantially smaller and considerably messier. With three young kids, each costing a fortune at a bilingual school in Maida Vale, there was no money left for Diptyque. It smelt of damp washing and talcum powder instead, plenty of times she’d found evidence of bed-wetting. Once or twice she’d found smashed plates and picture frames. It saddened her.

She worked her way frantically around the Beauville residence and had the bulk of the work done after an hour, leaving her perspiring heavily. She needed to freshen up and took a moment in the bathroom, helping herself to some spray-on deodorant and a squirt of Chanel Chance.

Cleaning box packed up, outfit changed and coat well fastened, Hilda was ready to leave, heart pounding with the knowledge of her deceit and the memory of the man she’d met. He’d had kind eyes she told herself. Just then she heard a familiar haughty voice and her stomach fell away.

“No seriously! I mean it, we deserve more. You can’t expect us to go on living like this – in this mess.”

Hilda froze in the hallway, feet stuck to the parquet floor. A key turned in the lock and the front door opened, revealing Mrs Long and Mr Beauville, both red-faced and agitated.

Their eyes were wide and Hilda noticed a coral tinge around Mr Beauville’s lips, a shade lighter than Mrs Long’s.

Hilda’s tongue lay dry and uncomfortable in her mouth. She’d been caught.

The woman at the agency had said it’s better if cleaners are invisible. “Do your job, but don’t remind people that they’ve hired a stranger to clean up their dirt. No one wants to look their cleaner in the eye. They’ve seen too much. God, they’ve seen it all.”

She brushed past them in a hurry, clipping the tiled Victorian staircase with her heels, rushing into the street. Her employees stared after her, surveying the quiet road before slipping in through the glossy front door.