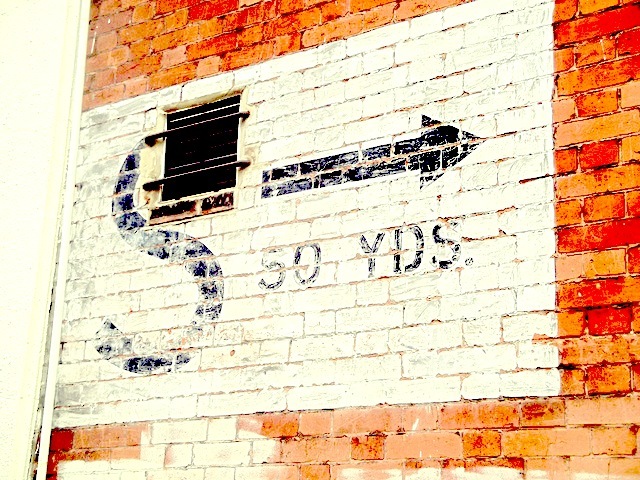 Continuing our series of short fiction set in, or influenced by London. This week, Lance V Ramsay envisions an Orwellian dystopia in the lingo of future London.

Blairin. Always so luddy blairin. Crass get some peace, like, up in them Ivories. Not like here, it’s so loud. “Dial it down”, I’m shouting. Bro’s ignore me. Über League’s on.

I ball some plasta in me ear and glue me eyes to the glasses, but it’s all static. I’m weary. Classics Chucks Fits. Whyda call London ‘Airstrip One’ anyways? Luddy name.

I blink it off and dial up Watcha Wearin. Total Mzzd Shyte, but it laxes me - there’s always summon who gets all ‘You cairn captcha me, I got rights, I got privacy’ and suchlike. Always the one in the soup shiny dynamo luddy craptard you can imagine. I’s laughin already.

Tux, whydit have to start rainin? Waters leaking all over. I pull me media more in, and push the bucket to the middle. It’s brr now, the waters bringin in all the freezements. I scamp to the bros, for some bodywarmin. “Stop guys. What’s on?”, I’m askin.

“Soundbite”. The PM comes on. “It’s all static anyways, the real they keep on the backchannel”.

“Ladies and Gentlemen, Stop”, he signs on, total Crass. Accent stain - the Crass wear it proudlike, the Mzzd try'n wash it, but we littles keep scrubbin, so it never washes out. Traces to the next gen, shadows markin. “This morning, the Speaker for the United Governments in Canberra sent the Australian Government a final Packet, stating that, unless we had from them by…”

“…troops from China, a state of war would exist between us, Stop. I have to tell you now that no such undertaking…”

“…consequently, this country is at war with Australia, Stop”

“Look, I got three Harajukus online all says they saw rockets launchin”

“Nah, this is the Great Offline. We’re lightyears away”

There was total static on the media, verifiable. We dropped it, shoulderin out of the shack. The rain was pourin now, drenchin. I shivered, pullin my PV closer.

“Look, there”, a bro pointin at the clouds.

The light streaked under the clouds, flew over, then instant like there was this mega boom. Headin for New Shard.

The light went down, dark, then instant the clouds went yellow. For a ping, you could see all cross Queen Elizabeth Park, all the shacks lit up. ‘Til it hit us.