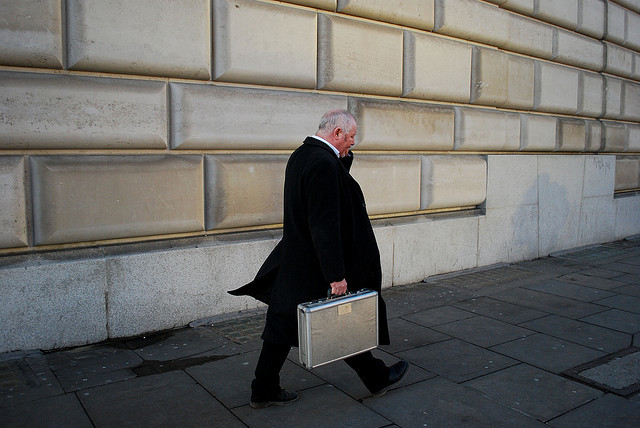 Continuing our series of short stories set in, or influenced by, London in the Summertime. This week, Tom Dean has a visitor call in at a houseboat.

I’m swamped, she tells him, swamped out. I hear his gabble on the other end of the phone. Awkward laughter then a sharp straightening of tone. Instructions. That’s not the right phrase at all, I think I hear.

I’m on the roof. The blanket clings to the back of my legs. I forget it in the clouds sliding with the steady purpose of a tortoise. Spoiled by one plane then another. Stillness of speed. Clouds put in their place, backdrop, props, it’s us that pivot around you.

I perch on my elbows, the soupy canal rolling out before me. Sun’s feasting on the boat, exposed wood’s baking. Said we’d paint it this weekend but last night’s gone and now he’s coming. Fresh paint and heat would overpower us all.

She clambers alongside me. She’s smoking now. The smoke doesn’t blend with the heat but sits on top of it. My elbows fall, the sun’s rendered me useless.

She’s speaking. Someone tell me to stop it, she says, it’s too funny with him. All his fancy watches and pressed shorts, coming here, onboard. You noticed the way he wears the roughest clothes he’s got?

Probably doesn’t want to get dirt on his good stuff.

Aww you think? I thought he was just trying to fit in, trying to show some edge. I offered to wash his suit in the canal one Friday, he didn’t like that so much.

My eyes are tugging at me for something.

Let’s have those sunglasses, I say.

She flicks the peroxide strands running down the centre of her head. They tumble, partially covering her violent, shaved flanks. The midday sun arches into a piercing glare.

Five minutes, I’ll have another five then it’s your go.

I turn away from the smoke.

You don’t mind do you?

Silence lights up undiscovered tension creeping in the corners. I think tension anyway. Not sure why. Maybe she presupposed tension and I obliged. Truth’s mixed up.

I’m staying on the roof though, you two go downstairs, I say.

Away from the smoke, over to my left, the land’s within reach and the jolly ting-a-lings of the cyclists’ bells and the harmonious positivity of couples, colouring each other, leaning on each other.

We do laugh at them every now and then, she’ll spend hours talking in p’s & q’s and all what’s that my dear, you have a pressing matter to attend to? Well, thy shan’t waste a second further of your time. I get bored of it after a while, tell her to stop it but young and relentless, she repeats until hysteria sets in, until she’s reeled me in and we’re both rocking, heads back, beer sloshing in time with laughter.

Do we have anything left to drink?

She pulls a crusty can of beer from the blanket beneath her like she’s been nesting on it. She undos the ring pull for me. It absurdly seems to me such a nice thing to do for someone in this sun. I sip and am repulsed enough to pause and hold, sparing my throat, until my mouth’s desperate to be free. So I gulp hard, eyes closed. Before I can stiffen to the aftertaste the sun moves from behind a cloud freeing a fresh stripe of heat and distracting me.

Let’s be having those sunglasses now.

She passes them over. Now I can really get a good look at the people. It always feels wrong to laugh at them. They’re doing the same as us really, just a bit different, bit stiffer up top but more leg movement - like swans in the water. I drift. I fall asleep.

Hearty, we’ll be below deck.

I’m pushed back to the waking, mouth barren and eyes creaking behind the glasses. I picture her face widening in joy at that sentence. Hearty, she calls me, you know because of pirates and boats but also hearts and love, love too.

I raise my hand in a feeble greeting just in case he’s looking at me and expecting something human.

At first we only wore blue and white, amusing each day. We lamented our inability to grow a fine, seafarers’ beard but, she told me, she’d seen an old dear with one so give it 40-50 years and fanny’s your uncle, bob’s your aunt. That was a good one for her.

I hear them now. She’s telling him about this and that we did last night, I think making excuses for me being stone dead. He guffaws uncomfortably. I imagine what he’s wearing, if his face is swelled in its usual plentiful patience. He’s nice but he can’t find that bridge to her. So when he tells her about Friday’s after work drinks, alcohol acting as the bridge, he’s still not got the sense to see her snatching the words from the tip of his tongue and making that bridge hollow. She uses the superfluity of his tale to tear the bridge splinter by splinter, and, finally, takes what she wants – his sense of worth.

The thought of picking grass and dandelions expands in my mind then evaporates like a smoke ring. I hope she cleans the bed after. He does it she told me, he does it every time, real good about it he is. But maybe you should do it, I say. Rubbish, she says.

The cling of my t-shirt, lightly glazed with sweat, reminds me of the night. Maybe I’ll sleep out here later, under the stars. The day’s young and the night arrives late. Plenty of time to ponder. And the can of lager. Plenty of time for it to gather more heat, eager to rebuff only to find me not so easily dissuaded, sucking on its teat.

His voice gets louder, he’s by the window now. I imagine him looking out, scrambling for another subject of conversation. It’s like a social experiment she told me once, so funny. He’s waited out the debacle and he’s grasping, air thinning, grasping for inspiration.

I’d love to live in one of those flats overlooking the canal, he says.

Then another stroke of warmth, this one sustained. It’s in my toes. It’s deep in my chest. A giggle springs forth. I think to myself, be patient, boy, be patient.

Copyright, Tom Dean, 2014.  Image (not depicting anyone in this story!) by Dan Blackett, in the Londonist Flickr pool.

We’re still looking for London short fiction stories based on the theme ‘Summertime‘. Please continue to send submissions to fiction@londonist.com. Entries must be no more than 1,000 words, and must be set in London, or strongly inspired by the city. Full details here.