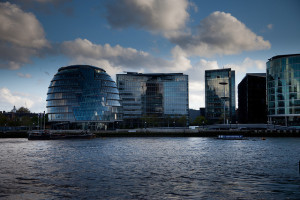 While the candidates have been bickering, we've been looking at the issues that are important to London and who's saying what about them. As polling day draws closer here's a reminder of what's going on.

Everyone seems to agree that housing is a major problem for London. Not enough affordable housing is being built, which is pushing rents up and poorer people out of London altogether. We took an early look at the push for tenancy reform and Shelter's Homes for London campaign.

The big talking point has been transport, so we asked London Travelwatch to introduce the topic. We discovered that London has the highest public transport fares in the world, took a look at the whole low fares vs infrastructure investment debate, the Green road pricing proposal, plans to take over suburban rail services and whether Boris really did save Crossrail. We also came up with the transport promises candidates make that you shouldn't trust.

The Mayor's Office for Policing and Crime manages the Metropolitan Police and the Mayor sets the police budget. There's been some controversy over police numbers and crime statistics during the campaign, so we dug out the data.

Moving onto more social policies, we wondered why the energy saving scheme is so poor, asked a scientist what we can do about air pollution and asked three non governmental organisations what they'd do to make London a nicer, greener place. Trust for London told us about poverty, Crisis told us about homelessness and we had a poke around what the candidates are saying about the London Living Wage.

The Mayor also has responsibility for planning, the economy and the fire services; we compared Ken and Boris's long term vision for London and the pointed issue of skyscraper development. The job also carries a remit for Londoners' health through the London Health Improvement Board.

It's not all work, work, work: the Mayor has a hand in London's culture and fun and we assessed the Labour and Conservative candidates' culture vulture credentials. And let's not forget the party to end all parties – the Olympics. We saw how the Games will affect local communities, how we got here, what could still go wrong and the legacy.

But of course, even with all these issues to be talking about, it still all comes down to personality. So we asked Boriswatch and Devil's Kitchen to give us two deliberately "anti" viewpoints. And if you want to know more about the candidates' histories, we even read their autobiographies.

We've also been trying to find out what £60m could buy for London, and it's quite a wide range: we could reconfigure health services and improve patients' access to information, improve local sports facilities, set up a Clean Air Zone for central London, create a childcare and apprenticeships fund, improve station accessibility, have more festivals, set up a 20mph default on roads, create more green and open spaces, build new cycle routes, make road junctions safer for cyclists, restore police numbers to the recent high and fund a part-time travelcard. And we've probably only scratched the surface...