Mayoral Elections: Ain't Nothing Going On But The Rent

By BethPH Last edited 125 months ago
BethPH Mayoral Elections: Ain't Nothing Going On But The Rent 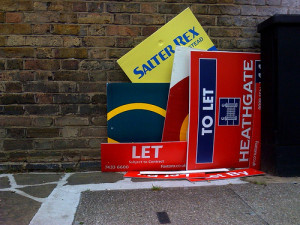 Last month's report from Shelter on London's unaffordable rents makes pretty depressing reading for anyone trying to find a roof over their head in the capital.

The bottom line is that a family needs to earn a combined salary of £52,000 a year to be able to rent a two-bedroom home in London while still being able to eat and pay the bills. You can read the report here. When you consider Shelter's claim that the median wage in London is £24,500 (with many people being on less than this) the gap looks pretty worrying, especially when you combine it with a 36% increase in homelessness in London. The benefits cap has also had the effect of driving the lower-paid out of central London. Shelter's Homes for London campaign aims to put housing as a key issue in the upcoming elections.

How expensive are rental properties in central London though? We took a look at a few boroughs to get an idea of how much it would cost to rent a two-bedroom flat:

Obviously, we've ignored deciding factors like proximity to tube stations, whether it's above a heavy metal pub or next to an all-night takeaway, but when you consider that even the cheapest of those flats would require a deposit of the equivalent of six weeks' rent, plus another month's rent in advance, plus the myriad and occasionally spurious charges levied by letting agents, it starts to look fairly tight and that's before you've moved in. Add council tax, utility bills, food and transport onto a monthly rent of £825 and assuming you're earning Shelter's estimate of £24,500 per year, that would pretty much equal your monthly take-home pay.

So what are the mayoral candidates proposing to do to address the increasing pressure on low-earners renting in London? Ken Livingstone wants to establish a non-profit letting agency and campaign for a London living rent. Jenny Jones wants to establish an ethical letting agency and lobby for reforms to bring down rents for private tenants. Brian Paddick wants to introduce a London-wide mayor’s kitemark for the private rental sector and Boris Johnson wants to launch a rental standards accreditation and has created a London rent map to show average private sector rents across the capital. He is, however, vehemently opposed to rent control on the basis that it stifles investment and reduces availability.

With a Trust for London report last year showing that poverty and housing are worse in London than anywhere else in England, we'd like to see more from all of the candidates on how their reforms would make living in the capital more affordable. Earlier this week, our posts from Crisis and Trust For London highlight the unaffordability of living in London.