What Can The Mayor Do About The Economy? 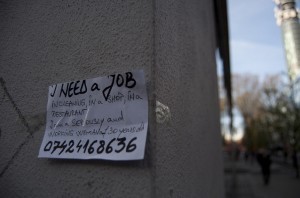 It's the economy, stupid. Of course it is. It's no surprise that in an Ipsos MORI poll for BBC London, creating jobs and growth is the most important issue for Londoners when it comes to the Mayoral election.

59% of respondents said they would consider the economy when deciding who to vote for, followed by 49% taking crime into account, 39% wanting improvements in public transport and 37% wanting more affordable housing. But where the Mayor has powers over the transport and police budget, and has just got control of the Homes and Communities Agency's London board, as we saw the other week he or she has very little power over the economy.

So, given that so many people want action, what could the Mayor do? Both the London Chamber of Commerce and Industry and London Councils (representing all London boroughs, the police and fire service) have published manifestos, and this is what they want to see:

With areas like Hackney, Haringey and Lewisham some of the worst for unemployment in the country, keep your eyes open for candidates talking about the above issues.