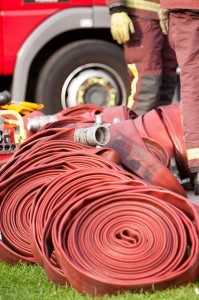 Much like the police and transport, the London Fire Brigade (LFB) is overseen by a Greater London Authority body, the London Fire and Emergency Planning Authority (LFEPA). There are 17 members of LFEPA, all appointed by the Mayor.

The current LFEPA chair is Assembly member Brian Coleman, who hasn't exactly shied away from confrontation with firefighters (see: strikes over contract changes, calling union reps "thick", "unpleasant" and "nasty"). LFEPA runs the strategy, policy and budget side, with operational responsibility for fire and emergency planning in the hands of the LFB, whose Commissioner is Ron Dobson. The LFB also runs the increasingly popular Fire Brigade Museum – slated for closure on 1 April. We'll take a closer look this week.

There's also a section of the GLA called the London Resilience Partnership. This is a small team at City Hall, co-ordinating organisations responsible for the police, fire service, health, military, business, transport and government, and developing response plans in case a massive disaster befalls the city. If you ever wanted to know how London would handle a flood, flu outbreak, or an incident involving mass casualties or fatalities, this is the place to go. Frustratingly, plans for what would happen in the event of chemical or nuclear attack are restricted.

Photo by sinister pictures from the Londonist Flickr pool