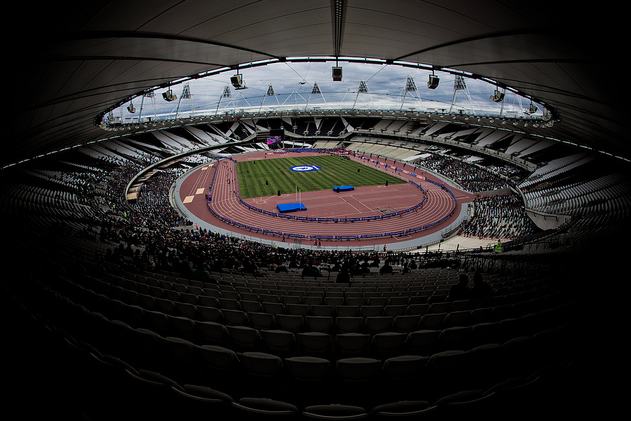 As part of our ongoing coverage of the mayoral elections, we're looking at a variety of issues and challenges the mayor of London will face. The Olympics is shaping the future of the capital and this week we're going to focus on how City Hall will handle this unique experience.

There are not many moments when most people would give their right arm to be Mayor of London. GLA meetings, lunch with Bob Crow, another evening spent budgeting for public libraries — none of these duties have much sparkle. But during the Olympics, everything will be different. Who doesn’t want their picture taken with Usain Bolt? How about front row seats for the rhythmic gymnastics? “Yeah, alright then.”

Holding the capital’s top position during the Olympic and Paralympic Games is more than just a vanity point. The Olympics are a gilt-edged PR opportunity for any mayoral hopeful to catch a shedful of reflected goodwill from the sporting extravaganza and take credit for the outpouring of civic pride that successful games provoke.

But getting to grips with what the Olympics — which kick off less than three months after polls open on 3 May — could be a tricky proposition for the four real-life mayoral contenders.

The two out of our four wannabe mayors who are already bound to the games at crucial stages — Ken for his 2005 bid victory and Boris for the four-year stretch he has spent overseeing London’s cross-city upgrade — have both attempted to take their share of credit for their roles. Yet both of these figures have had curiously little to do except wave gawkily from the sidelines while Seb Coe, central government and an ever-changing list of Olympic acronyms (LOCOG, ODA, OPLC), have set to work spearheading the winning bid and transforming vast areas of the mayor’s patch.

Successful preparations so far — and surely we should accept the completed building projects and lack of any ‘Olympic fiasco’ as a success — have reflected glowingly on the man who has held the top spot during the preparations. A degree of election-time momentum has surely been seized by Boris, allowing him to claim credit, if not for his direct contributions as co-chair of the Olympic Board, then for his uniquely hands-off brand of governance which has allowed the army of public servants and hired guns to get on with the gargantuan job of bringing the games to London.

But cast your mind back to summer 2005, when the Olympics were going to change everything. A successful bid created the potential to rejuvenate London; to inspire the capital’s apathetic children (and adults too) with sport and culture; to leave a legacy of positive investment in some of our most financially disadvantaged regions. Have we achieved even a degree of what we believed was possible, first under Ken, then Boris?

In post-depression 2012, it is clear that realising this Olympic dream in full may have been overly ambitious; yet the candidates’ suggested initiatives, priorities, actions — and inactions — have presented a snatched glimpse of the characters of the four people who aim to set a course for London’s development far beyond the closing ceremony.

This week, Londonist will help you choose who to put in the VIP seats come 27 July. We’ll be deciding who deserves the gold medal for GLA politics through a grueling quadrathlon of Olympic challenges: testing the four competitors performance on planning, community engagement, transport and security, and the Olympic legacy.

So look forward to a (thankfully shortened) week of overstretched sporting analogies as we fire the starting gun to this stretch of Londonist's marathon mayoral election analysis.