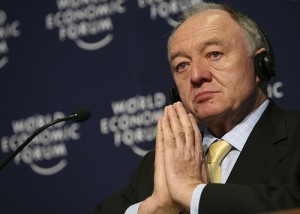 This week in our election coverage, we're pondering personalities. Yesterday, we asked the anti-Boris lobby to put the case against the Pfiffly one. Today it's the turn of the right — so we asked the libertarian blogger 'Devil's Kitchen' why he’d be voting anyone-but-Ken.

Your humble scribe is somewhat lazy so, as a preparation for this article, I decided to Tweet a request for links about Ken Livingstone. What I actually got was a deluge of replies suggesting that I simply write the c-word five hundred times.

And, frankly, I was tempted. Because, personally, I find Ken Livingstone particularly repulsive.

It’s not the assertions of scuffles at parties that I particularly deplore, nor the unpleasant traits revealed in his rants. These are things that would make most decent people question whether they’d want to count the man amongst their friends, but they pale into insignificance when set against Livingstone’s record as Mayor.

First, there are the broken promises and apparent lies. To pick a pertinent example, a few weeks ago, you might have seen some cold-looking people handing out flyers for Ken’s Fare Deal – flyers that informed us that Ken would reverse the 7% rise in fares on London travel.

But Ken’s past form, helpfully surveyed by the Crash Bang Wallace blog, raises questions about how credible that promise is. In September 2003, with an election coming up, Ken promised to peg fare rises to “no more than the rate of inflation”. In the event, tube fares rose at 1% over the rate of inflation. Bus fares went up by 10% over.

In December 2007 – with another election approaching – Ken told the London Assembly that “I intend to freeze Tube fares in real terms in 2009”. Of course, he lost that election – but by April 2008 leaked emails had emerged suggesting that when he made that pledge, Livingstone had already signed off on higher than inflation rises.

There is rank hypocrisy in the way Livingstone paints himself as a champion of the poor while simultaneously dipping his hand into their wallets. He raised the Mayor’s precept by a whopping 152% over eight years. And how did he spend that money? Well, there was the £10,000 on subscriptions for the socialist Morning Star; the £3 million per year promoting himself in The Londoner (that’s part of the nearly £28 million he spent on publicity over his tenure); he also spent a fortune propping up the London Development Agency (LDA), where “tens of millions” of pounds were “mis-spent on a massive scale” or just went plain missing.

There really is not enough space to detail all of the examples of waste under Livingstone’s regime – but I think it’s essential to highlight some of the sums spent on Ken’s undesirable habit of cosying up to murderous dictators. Some £20,500 was spent on one lunch for Hugo Chavez. Another £36,000 was blown on a junket to Cuba, so that Ken could cuddle up to Castro.

There are many reasons why Ken Livingstone is entirely unfit for the office of Mayor of London. I haven’t even touched on his support for alleged Islamic extremist, Lutfer Raman; nor his closeness to (and sympathy with) the unions, who will continue to force up transport costs. As Andrew Gilligan points out, the problem is Ken Livingstone has simply terrible judgement.

Given all of this, it's incredible how Ken Livingstone managed to convince the Labour Party to adopt him as its candidate yet again.

Image via the World Economic Forum under Creative Commons licence.