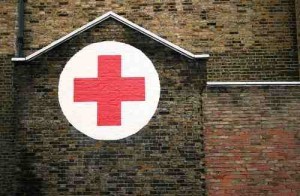 In his novel Flower Fruit and Thorn, author Johann Paul Freidrich Richter said ‘sleep, riches and health, to be truly appreciated must be interrupted’. It is true for the majority – and perhaps more fortunate amongst us – that our interaction with the health service amounts to little more than visiting the GP every now and again. But as Mr Richter so delicately points out, we will only appreciate it when we need it. And we can almost guarantee that you will need it at some point in your life.

Health isn’t a role that you necessarily associate with the Mayor’s Office. Think of his/her responsibilities, and you will naturally think of heading up the fire and police authorities, as well as taking flack for performance of TfL. You may therefore be surprised to learn that the Mayor also has responsibility for various functions to do with health in the capital.

It is difficult to measure the performance of either Ken or Boris in their respective terms when it comes to public health. Whilst they do have a remit in this area, there are many factors – many of them affecting the nation as a whole – which all play their part. This means that both candidates are both equally at risk of criticism, but can also absolve themselves of blame when the figures don’t look so good. Interestingly however, both candidates aren’t shying away from health.

In his 2012 campaign launch, Ken made it very clear to the assembled supporters that if he were elected, he would use the mayoral office to fight the Government's plans for the Health and Social Care Bill. Quite how he would do this is unclear and given that the Bill became law on Tuesday, it would be difficult to see what impact he could have with this agenda. The Bill, which received more than 1,000 amendments before being passed, has been damaging in terms of reputation for the Conservative-led Government. Boris will be keen to distance himself from the toxicity of the Bill itself, however Ken has been keen to try and pin him to it. In a recent press release, Ken claimed that Boris has failed to act on a report from NHS London – the strategic health authority for the capital – which claimed that the Bill may be disruptive, would adversely affect the quality of care provided and would lead to ‘avoidable patient mortality and morbidity’ (sickness and death). Ken went on to say that ‘Despite the stark warning from NHS London the Mayor has not held a single meeting with the Health Secretary Andrew [Lansley]. In that period he found time to ski in the Alps and write his £250,000 a year Telegraph column but failed to act when the interests of Londoners were threatened.'

Boris may not be able to dodge the bullet on that issue, but he would be able to point towards the creation of the London Health Improvement Board (LHIB); an organisation seeking to develop a ‘pan London approach’ to delivering health improvements, as a definite success during his stint in office.

Professor Martin Marshall is the Lead for Improvement Science London – a body set up to use the evidence and expertise from the academic world in order to make better decisions in the health service world in the way that care is organised and delivered. He thinks that the LHIB has been a good thing for London.

“London Health Improvement Board makes a contribution to three areas of health; the diagnosis of cancer, dealing with childhood obesity and dealing with alcohol problems. All three of these issues are examples where local authorities play an important role, business – in terms of diets, taxes on alcohol and such like, but the health service is also important. What the new health board is trying to do is to bring these stakeholders together in order to make a real change, so it is exciting.”

As part of this mayoral election series, which takes a closer look at the policies on specific issues that affect Londoners, we are asking experts what they would spend £60m on. The sum of money is a significant one, as it is the same amount of money it would cost to re-design Elephant and Castle roundabout, or to construct the new Thames cable-car crossing (£36m of which is coming from the airline Emirates as sponsorship).

We asked Prof. Marshall what, in the field of health; he would spend £60m on:

“First of all, I’d be delighted if they would spend £60m on health. I think the GLA has played a pretty important role in Public Health in dealing with things like health inequalities and some issues like that, but it hasn’t really played a significant role in improving health service – primarily because that’s always been seen as NHS London’s job.

“There are two areas I would suggest investing the £60m in. The first would be reconfiguring health services London. London for historical reasons has got the wrong kind of hospitals – possibly too many of them – and certainly in the wrong place. Politically, it is pretty highly charged to want to address that challenge and for political reasons, people have found it difficult to do anything about those challenges. The classic example of where it has been done successfully is in the case of new ‘hyper-acute stroke units’.


“Other examples of this might include heart bypass or transplantation in which there are too many units doing the procedures. This means that doctors don’t get to see enough of these types of patients which enable them to hone their skills, and means outcomes are less favourable.

“The challenge is however, that local communities love having services on their doorstep. But most other cities or countries wouldn’t mind travelling five or ten miles to get to a super-specialised unit.”

This cost of the stroke service redesign was around £23m however Prof. Marshall said that “you wouldn’t want to do too many at once because they are difficult and hard work, but you could do perhaps two or three.”

The second area that Prof. Marshall thinks that a portion of the £60m could be spent was in providing health information to patients themselves, to empower them to make decisions about their own care.

“There are two big problems that need to be solved in the Health Service. Firstly, the NHS has loads and loads of data floating around everywhere and it doesn’t use that data intelligently. The other challenge, and London is maybe slightly worse than the rest of the country when it comes to this, is patient experience.

“Improving the type of information that patients can make decisions with would make a real difference to that. It is only one component, but it would make a very big difference.

“One way would be to allow patients to access their own records and helping them to make sense of it. Technically that isn’t difficult and could be done tomorrow at the flick of a switch, but the reality is that a lot of GP practices aren’t doing it as it takes a lot of time training and helping people to use it – and that requires investment.

"A second area would be to have much better public comparative information available so when they want to see what the care is like at one hospital compared to another, they can look that up and make sense of it.

"And the third area is much more sophisticated; information that allows patients to make choices about their own treatment – to make a decision on whether to have an operation or not, or to go for operation A or operation B. At the moment the traditional way is that the doctor tells them what to do, whereas the reality is that these decisions are equivocal and require patient input.”

So, if the winner of the election on 4 May has a spare £60m sloshing around and sees improving health provision as a priority, you may well be thankful to Prof. Marshall’s suggestions – should your health become ‘interrupted’ and therefore ‘truly appreciated’.

Featured image by Andy Wilkes from the Londonist Flickr Pool