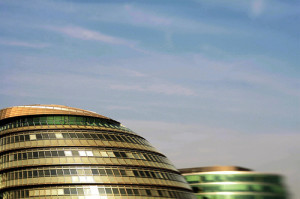 As part of our series on poverty in the run-up to the mayoral elections, we're going to take a look at the London Living Wage (LLW) and what the four main candidates have to say about it.

Last year, Boris Johnson increased the LLW to £8.30, which will be reviewed in November. The Living Wage campaign by Citizens UK calls for every worker in the country to earn enough to provide their family with the essentials of life. Since its launch in 2001, it has brought over 10,000 families out of working poverty. Citizens UK have set out their expectations from the winning candidate:

Ken Livingstone made the LLW a key part of his election campaign, saying that he would make it a condition of employment within the Greater London Authority (GLA) group, work with boroughs and private companies to adopt the LLW and launch a campaign for cash tips to be given to London’s restaurant and catering staff, to stop the practice of tips being used to top up wages to reach the minimum wage. We looked at his manifesto recently:

I will use all available levers to encourage every employer in London to adopt the London Living Wage (which I introduced in 2005), so that it becomes the norm rather than the exception. It will be a condition of any major procurement for firms seeking to provide goods or services to the GLA group.

I will encourage every London borough council to support the London Living Wage. Labour Islington and Lewisham are the latest to do so, but not a single Tory controlled council has currently signed up and the Tory Mayor has done nothing to try and persuade them.

In his recently issued economy manifesto, Boris Johnson cites his previous work on the LLW though it's a part of a larger scheme involving campaigning to create 20,000 part-time jobs to help parents return to work and increase apprenticeship opportunities:

When I was elected, just 27 companies offered the London Living Wage. Despite London’s difficult economic climate, I have increased that number to over 100, and also increased the wage by a record amount. I have ensured that the London Living Wage is paid across the GLA Group and is now standard practice across the financial and professional services sector. I will continue to champion the London Living Wage, pushing private and public sector employers to pay at least this level to all of their workers in London, with the aim of increasing the number of companies offering the wage to 250 by the end of my next term.

Jenny Jones has said she would extend the Living Wage and targeted London boroughs over pay inequality with a promise to introduce a 10:1 campaign (where the lowest-paid employee in an organisation earns no less than a tenth of the salary of the highest-paid employee). We talked to Jenny recently and she shared her thoughts with us on the LLW and 10:1:

We've got another idea as well, that we've put to a couple of CEOs and they absolutely hate it, and that's a 10:1 policy. So the lowest paid person should never earn less than 10% of what the highest paid earns. Someone was saying 'but if you pay your top person half a million, you'd have to pay your cleaner £50k'. Yeah, that's sort of the point. You can pay whatever you like so long as you pull people up with you, lifting people out of poverty.

Brian Paddick's manifesto places the LLW as a key part of keeping money in Londoners' pockets:

With all-party support, the GLA has taken a leading role in calculating the minimum level of wages it is possible to subsist on in London. Already 150 companies are paying the London Living Wage and they report compensating benefits from increased staff retention and better performance.