What Is RE:NEW And Can You Get It? 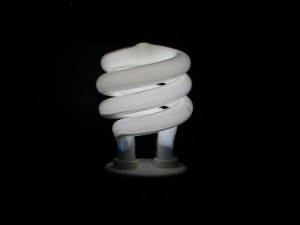 RE:NEW is a Mayoral scheme that offers Londoners a home energy survey, energy and water saving advice and some free gadgets. It's a great idea that helps residents reduce consumption (so helping the environment) and save money (so helping the wallet). It's a high profile policy, but how many people is it actually helping?

It's quite confusing. The RE:NEW website says it aims to install energy saving measures in 55,000 homes by the end of March, revised to the end of May in a GLA press release from February announcing 40,000 homes reached. The site also says all boroughs will be going 'live' between August and November 2011 but then a BackBoris news item says parts of Barking and Dagenham, Hackney, Lewisham and Waltham Forest will be live during May 2012. It's the "parts of" which seems to be crucial here: turns out it's just one ward within each of the 32 boroughs, about 5% of all wards; and the shifting goalposts make us wonder if a target of 200,000 homes by the end of this year is in any way realistic, never mind 1.2m by 2015.

We ran an unscientific experiment among Londonist writers to see if anyone qualified for RE:NEW by putting our postcodes in the area finder. We failed to find matches in SW2, SW4, SW11, RM12, N5, N10, N22, NW1, NW3, SE1, SE13, SE15, IG5, IG9 and W5, but we did strike it lucky in W12. Please let us know in the comments if you qualify (but don't put your whole postcode, else we'll come round and burgle you).

Photo by p.Gordon under a Creative Commons licence