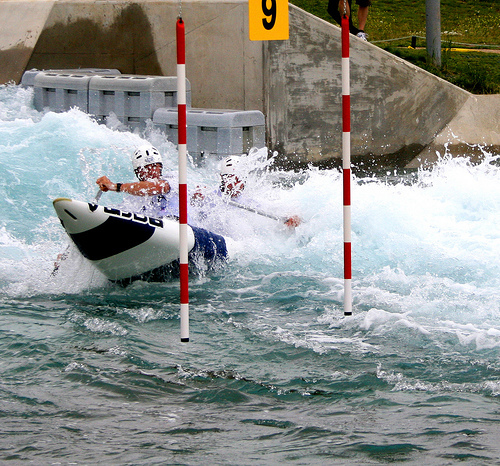 In the final event of this week's election coverage and with London’s ability to deliver the Games assured, we examine whether the legacy that the Olympics will leave behind will benefit local residents.

The impressive regeneration programme has erected monuments to the belief that sports competitions can act as a lightning rod to efforts for change. Yet the justified skepticism about the true value of the Olympic legacy was summed up by former London Assembly chair Dee Doocey when she said:

"Too few jobs have gone to local people, there is a tiny percentage of apprenticeships, no guarantee that the housing will go to local people rather than wealthy newcomers and, in my view, a high risk that many of the Olympic venues could become white elephants if something isn't done."

There have been priceless individual moments which have grown out of the Olympic fervour — potential future Olympians being unearthed, new community developments taking shape, and apprenticeship schemes delivering results — which hint that the Games have the ability to inspire creative solutions as well as hard work and heavy investment.

A redoubling of London mayoral efforts is required to ensure that these are not isolated cases. Voters concerned about the Olympic legacy will now have to imagine the candidates on the other side of the Games: who in that situation will continue to provide the committed leadership and long-term funding that the programmes continue to demand?

There are no medals from us for this event — see the candidates' manifestos for their views on the Olympics and its legacy for London.

Photo by Andy Wilkes in the Londonist Flickr pool