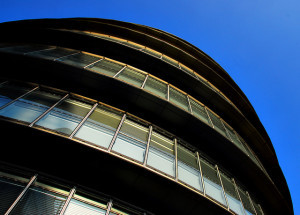 We've combined two of the Mayor and London Assembly's areas of responsibility this week – planning and development and economy and regeneration.

When it comes to the economy, there's not much the Mayor can do other than promote London as a place to do business and encourage wealth creation. In this, as with so much else to do with the Mayoralty, it's best to have someone in the job who's good at grabbing headlines and being pushy.

Financial services account for nearly 20% of London's economy and this last decade saw London cement its position alongside New York as a global financial centre. Both Ken and Boris ran banker-friendly policies, though Ken's recent "hang a banker every week until the others improve" joke didn't go down too well. If you ever wondered what the City does, we'll be starting a beginner's guide this week.

The old London Development Agency used to offer help and advice to businesses in London, support Londoners looking for work and had a remit to promote regeneration and fund certain projects. Its new replacement, London and Partners, focuses on attracting inward investment to London and also encompasses Visit London. Similarly, a review commissioned by Boris Johnson in 2008 found that offices in Delhi, Mumbai, Beijing, Shanghai and Brussels provide value for money by promoting investment and tourism (though the one in Caracas closed once Johnson ended Ken's cheap bus fuel for transport advice swap).

There's more scope when it comes to planning. The Mayor sets the overall strategy and vision for London's development and two London Plans have so far been published. We'll be comparing and contrasting them later in the week. Although general planning permission remains with local councils, the Mayor can veto any large developments he doesn't like; we'll also be casting an eye over 12 years of skyscraper development.