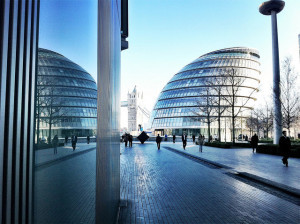 As part of our election coverage we'll be asking various charities, campaigners and other interested parties how they'd improve London if we handed them £60m. We don't have £60m of course, but the people put into office in May will.

Why £60m? Well, it's how much we've been told (at a meeting with TfL) it would cost to remodel the northern roundabout at Elephant and Castle, and how much the Thames cable car is costing (£36m being provided by Emirates). These are two infrastructure projects that will have a significant impact on their local area, so we wondered what else could be achieved for a similar amount?

We asked the bloggers at last week's election event and answers ranged from "develop a new bus and put 200 on the road” to “abscond and have plastic surgery”, “turn Oxford Street into a social housing development with swimming pool” and “whatever I was elected to do”.

So what would you do?