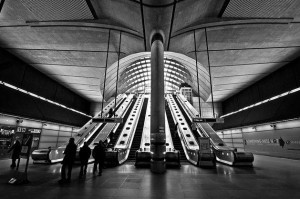 Each week we’ll take a look at an issue that’ll be important in May’s election. This week it’s transport, and we asked London TravelWatch to give us an introduction to the topic.

Transport is the major area where the mayor has direct power and control over what happens in London. He or she is directly responsible for the buses, tubes, trams, DLR, cycle hire and London Overground trains. The mayor also runs London’s major roads, sets public transport fares, licenses taxis and minicabs, funds road safety schemes and has some influence over the rail network.

The mayor is Chair of Transport for London (TfL) and sets its fares, its budget and its policies. The mayor sets out his or her vision for transport policies in London in their transport strategy.

Transport is probably the biggest single challenge that the mayor faces, balancing the competing demands of high costs, fares, congestion, air pollution, service failures and the need to relieve overcrowding.

Some major infrastructure projects are currently taking place in London, which all involve the mayor/TfL to varying degrees:

The bus network has consolidated in recent years, but needs to be made more reliable and attractive to people who use other more congested modes at present.

Cycling and walking equally are politically challenging areas of policy, especially as there has been a massive growth in cycling in recent years and in the political voice of the cycling community with particular emphasis on safety.

The mayor will also want to have his or her say on major national infrastructure requirements such as airport capacity and location, and on the proposed high speed rail link (HS2) to the midlands and the north, which will involve substantial rebuilding of Euston station and could require the building of another Crossrail.

The mayor has however, been dealt a difficult hand in relation to funding both existing transport operations and providing the additional infrastructure that the growing city and rising user expectations demand. Central government funding has reduced as have contributions from developers as building projects have slowed down. At the same time, fares have been rising to cover the shortfall between costs and funds available and not many passengers are happy to pay for jam tomorrow today.

A measure of the scale of the transport task can be found in statutory consumer watchdog London TravelWatch’s ‘10 policies to keep Londoners moving’. The watchdog has already sought to use the document to influence the prospective candidates from the main parties in the lead up to May’s mayoral election and hopes that Londoners take the opportunity to ask their representatives on the doorsteps this spring about the priorities included in the publication that affect them most.

Further information about London TravelWatch is available at www.londontravelwatch.org.uk.