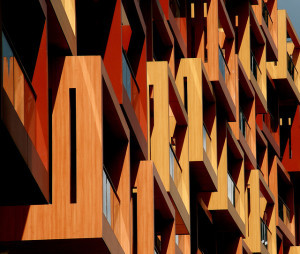 Each week we'll take a look at an issue that'll be important in May's election. This week it's housing, and we asked Kate Allen, Editor of Social Housing Magazine, to give us an introduction to the topic.

Housing is unusual in that the Mayor has some considerable direct power in this policy area. He sets requirements, e.g., for the proportion of affordable housing demanded in a development, and last year he acquired control of government spending on affordable housing across the capital, which was previously held by the national housing funding quango, the Homes & Communities Agency.

This means that the mayor, who chairs the HCA’s London board, is responsible for setting councils' housing budgets, and providing funding for new affordable homes. Boris Johnson did this for the first time in 2010, publishing the capital’s first statutory housing strategy (PDF). Whoever is elected as mayor will thus find that housing is a key part of their job.

Delivery of new housing has dropped off in recent years, partly thanks to the recession but also due to the end of the previous government's spending programme. New build completions in London peaked in 2004/5 at 24,060 units, of which 6,180 were social housing, but had fallen to 19,530 by 2009/10 (the last year for which full data is available). 6,990 of these were social housing.

A complicating factor in all this is that the coalition government has shifted the goalposts over the past couple of years. They have abandoned the previous term 'social housing' – where tenants on low incomes pay relatively cheap rents to live in council- or housing association-owned homes. An 'affordable' rent, which councils and housing associations can now charge new tenants, is defined as being up to 80% of the local market (full-price) rent. Implementation of this new system is patchy – some councils have chosen not to introduce it in their areas, but others are going ahead with it.

This, along with the government's benefit reforms, will fuel an already-emerging trend of increasing differentiation in housing markets across the capital. The government’s forthcoming benefit reforms, including rent capping and the introduction of the universal credit, will push people on low incomes out of a swathe of inner London boroughs, and fuel the growth of sink neighbourhoods in the outer boroughs and poorer parts of the capital such as south-east London.

This trend is being fuelled by the housing market: rents have climbed in recent years, and are forecast to continue to do so (Savills estimates 4% rental growth per year over the next five years). This is creating a wider affordability crisis, even for households on moderate incomes.