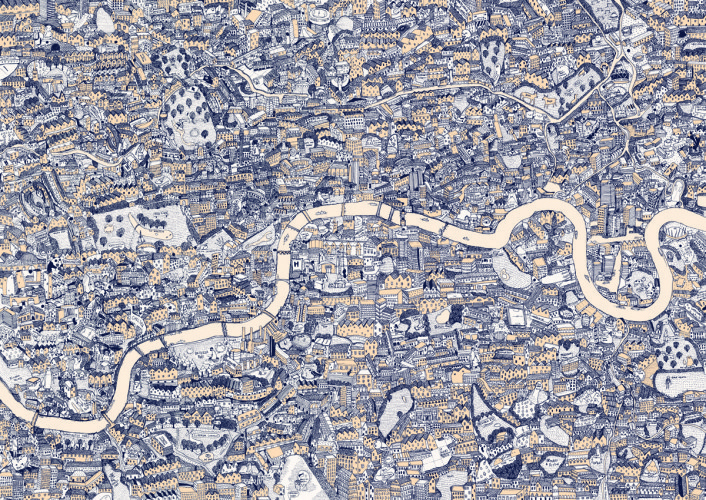 Says David: "I started drawing the map and thought "I could make my own hand-drawn Google Map of the UK". Six months down the line and I just finished Zones 1 and 2 of London. It took a lot longer than I thought! Who knows, maybe one day I will expand this to cover the whole of the United Kingdom!"

Good luck with that one. By the time it's complete, we'll all be living in domes on the sea floor.