Hand-Drawn Maps Of London: The House Of Flying Rats

By M@ Last edited 131 months ago
M@ Hand-Drawn Maps Of London: The House Of Flying Rats 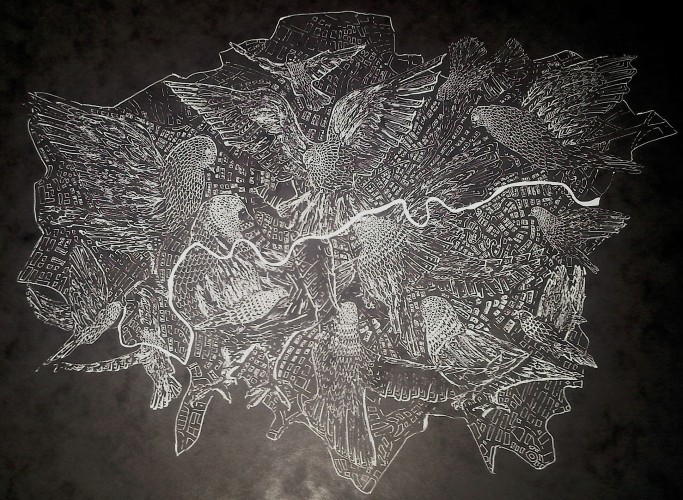 Something a little more abstract this week, as reader Rewati Shahani sends us this avian take on the city. The artist explains:

Having grown up in Mumbai, and living in London – two of the most populous and dense cities in the world – much of my work has looked at the character, and influence on nature in the urban centre. This work shows London, with large pigeons roughly forming the shape of the city's boroughs and boundaries.

Pigeons, at least in the sense of the unattractive and dirty 'London pigeon', are an urban creation; a far cry form the plump, infinitely more charming wood pigeons found outside cities in the countryside. Whether Londoners or visitors hold affection or repulsion for these scrawny, grime-blackened birds, they remain a prevalent feature of London's urban landscape – and character.

We're still looking for new hand-drawn maps, be they artistic, informative or comical. Check out our current exhibition at the Museum of London, and our archive of previous maps below.