Hand-Drawn Maps Of London: A Tale Of Two Cities

By M@ Last edited 150 months ago
M@ Hand-Drawn Maps Of London: A Tale Of Two Cities 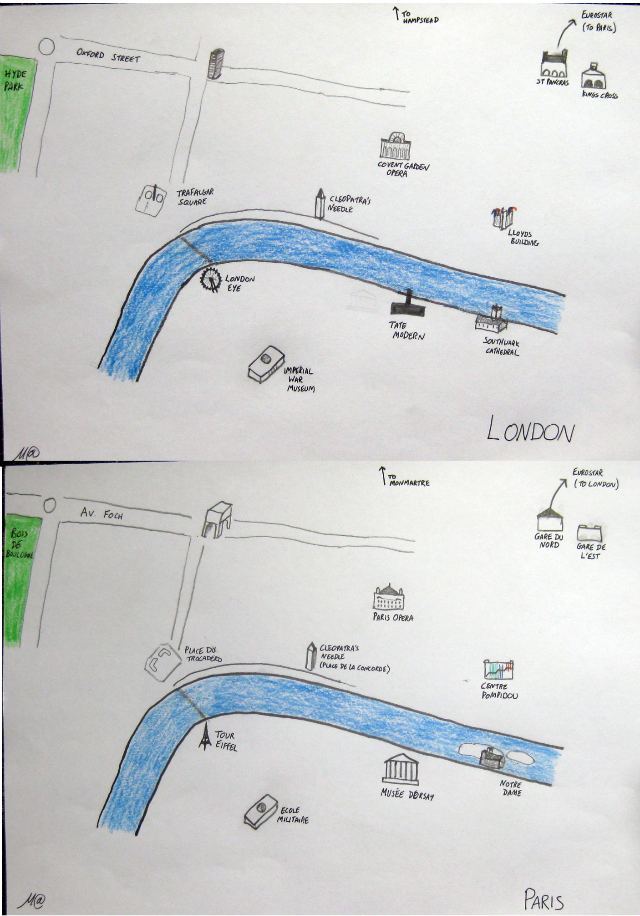 Were London and Paris separated at birth? The curve of the river, the placing of ancient Egyptian monoliths, the locations of the two most symbolic tourist attractions, the Eurostar stations...even where Richard Rogers' most famous creations were built. The pair definitely have their similarities, as this week's hand-drawn maps show.

Of course, it's not perfect. There's no geosimilar equivalent of the Palace of Westminster or St Paul's (although the Louvre would be fairly close). We've also distorted distances somewhat to avoid, for example, Monmartre being twinned with Somers Town. But, taking a cavalier approach to cartography, can you suggest any other monuments or buildings with intercity resonance?

We're still looking for further submissions of hand-drawn maps. If you fancy doodling your local area, or the whole of London, send photos to tips@londonist.com. We're working on getting some exhibition space for the most interesting.