The Best Pubs In Outer London

If you like exploring London's lesser-known pubs, bookmark this page now.

We asked for your help in identifying the best pubs in the outer boroughs, officially defined as those labelled in the map below: 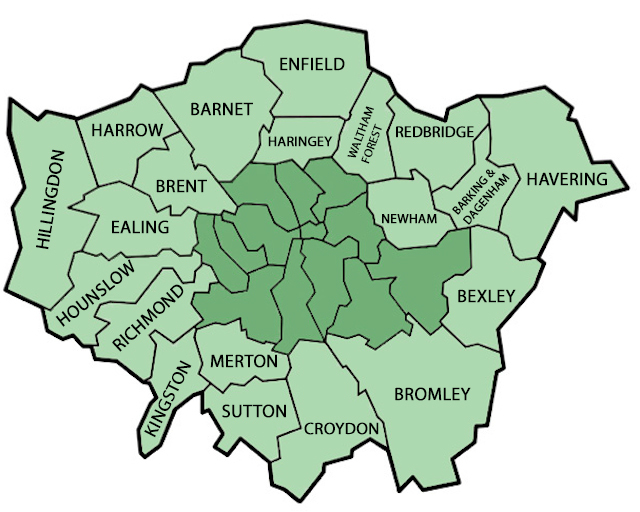 We received dozens of nominations via the comments box, Facebook and Twitter hashtag #OuterLondonPubs. Below, we've rounded up all qualifying suggestions, filed by borough, and with links to the pub websites.

The best pubs in outer London

The important thing to remember here is that different people look for different things in a good pub. Some of these suggestions will not be to everyone's taste but, in every case, at least one reader recommended the place. We've included quotes where given. Thank you to everyone for the suggestions, including those of you whose suggested pubs were technically Inner London, and so are not included here. We still welcome additions in the comments below. As we explore the suggestions, we'll add them to our growing database of Best London Pubs.

Catcher in the Rye, Finchley

Greyhound, Hendon. "A lovely country style pub with a great selection of drinks and pub snacks."

Spaniards Inn, Hampstead Heath (2 nominations and, yup, it's just inside the border of Barnet)

The Jolly Woodman, Beckenham (2 nominations). "Has a lovely relaxed feel to it and allows dogs!"

The Grosvenor, Hanwell (3 nominations). "Shortlisted for CAMRA local pub of the year."

The Case is Altered, Pinner (2 nominations).

HILLINGDON
The Orchard, Harefield. "Lovely, with lake views of Hillingdon."

One Over The Ait, Kew Bridge

KINGSTON-UPON-THAMES
The Antelope, Surbiton. "Fantastic range of ales and cider — microbrewery at the end of the garden."

Woodies Freehouse, New Malden. "An old sports pavilion that not only has an excellent range of well kept ales (it's a proper freehouse) but is also an 'eclectic' establishment."

The Sultan, Colliers Wood (2 nominations). "Beer garden, and London's only Hop Back pub."

The Duke, Wanstead (2 nominations). "A fun and friendly local with awesome food and service."

The Nightingale, Wanstead. "A real old grimy local pub with atmosphere and character (as well as local characters)."

SUTTON
The Hope, Carshalton (3 nominations). "Shortlisted for CAMRA local pub of the year."

A list of previous areas and themes that we’ve put to public vote. See our database of the Best London Pubs for more.

Visit our our Best Pubs in London microsite and see what you think.