The Best Pubs On The River Thames 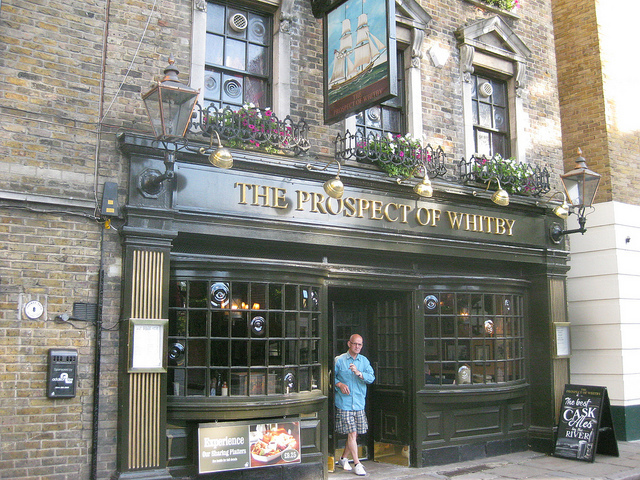 Part 'T' of our alphabetical pub crawl around London.

We asked you to vote for your favourite pubs along the Thames. We had the largest entry ever, with around 550 votes for over 60 pubs — from Hampton Court to the edge of Woolwich. And we can now reveal the winners.

Top 10 pubs along the Thames

A very close match, then, at the top of the table, but The Prospect of Whitby is declared the best Thameside pub in London. Curiously, this pub only came third when we did pubcrawl part 'L' for Limehouse and Wapping. Narrowly missing out of a top 10 spot were The Anchor, Bankside (15 votes), The Gun, Isle of Dogs (13 votes), the White Cross, Richmond (10 votes) and the White Swan, Twickenham (10 votes).

Map of the best pubs along the Thames

The map below shows where the votes went. Green dotted markers show the top 10 pubs. The rest are shown in red. Click the pub to find out how many votes it got. Note: a red pub doesn’t mean it’s a bad pub…in each case, at least one person thought this was the best.


View Best pubs on the Thames in a larger map