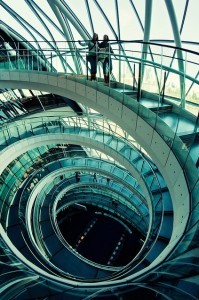 Yesterday we rounded up the issues that have been debated during this election campaign; today we're looking at the people and their policies.

We've met nearly all of the Mayoral candidates. We spent some time with Boris at Borough Market and asked him some questions. We also followed Ken round a Peckham residential care home and later got his views as well. We've met and chatted with Brian Paddick, Jenny Jones, Lawrence Webb and Siobhan Benita. We also ploughed our way through the manifestos from the Conservatives, Labour, Liberal Democrats, Greens, UKIP and Siobhan's independent promises. (Carlos Cortiglia is standing for the BNP, but we didn't meet him.)

Don't forget that we're also voting for the London Assembly. If you're wondering what on earth they do, we asked Darren Johnson from the Greens, Joanne McCartney from Labour, Andrew Boff of the Conservatives and outgoing Liberal Democrat Mike Tuffrey to fill us in.

Or maybe you prefer your candidates knitted, or as dogs?