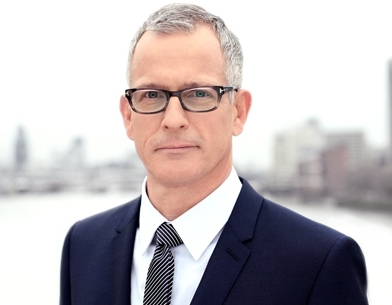 Brian Paddick is the Liberal Democrat candidate for Mayor of London. He's a former Deputy Assistant Commissioner at the Metropolitan Police and came third in the 2008 election. We interviewed him back then, so we thought we'd find out what he has to say for himself this time around when we met at the announcement of Duwayne Brooks (Lewisham councillor and friend of Stephen Lawrence) as his Deputy Mayor for Youth and Communities.

What will Duwayne's role be? What problems would he be trying to solve?
He'll be making sure young people and their concerns are heard in terms of delivery, strategy, and making London safer. We're going to set up Youth Hubs, like youth clubs, somewhere safe and constructive for young people to go. The hubs will be funded by a voluntary tax on luxury hotel beds. Police and the community need to stand together against criminals, but the police lack public confidence. Duwayne has had rough treatment at the hands of the police, he's ideally placed to represent victims and has real credibility with young people.

Boris's campaign says knife crime is coming down, Ken's says it's going up. What's your position?
Over the last 12 months knife crime has increased significantly. Young people carry knives for protection and that points to two things: gangs are ruling parts of London instead of the police and young people don't believe the police are there for them. I visited Elephant and Castle and spoke to a group of young people from a pupil referral unit near where there'd been a fatal stabbing, and they said "he never intended to kill anyone". But if you carry a knife and you get into an argument the next thing you know it's in somebody's ribs.

The way the police are using Section 60 [stop and search] is quite frankly outrageous. Research by the LSE shows you're 30 times more likely to be stopped if you're black than if you're white. One in every 200 stops results in a weapon being found so it's grossly ineffective and does a lot of damage. We need to target stop and search on the criminal.

Accepting that we've just been talking about crime, are you worried about being seen as a single issue candidate?
It's easy to be typecast, but I live in Elephant and Castle and the reason I moved there is because you can catch a bus to anywhere you want to go. And the First Capital Connect service, which is going to be enhanced soon – I hope, weekends and after 10pm at night would be helpful – I rely on public transport, I don't have a car. I'm absolutely passionate about transport, I'm passionate about housing. I used to go out in the fast response car and go into people's homes on housing estates. People need a decent place to live that they can afford, why should people contribute to society when society treats them like that. The Mayor is about to be the biggest landowner in London, with the capacity to build 180,000 new homes. On air quality, we have plans to convert buses to electricity. I'm a hay fever sufferer, so many of these things are personal!

Will you make it cheaper to get into work?
We have lots of policy ideas to reduce fares:

These plans are fully costed and realistic. The only person who thinks a 7% reduction in fares is possible is Ken.

What do you think of Ken and Boris's records?
I'm really disappointed in Ken, he's being very divisive. He's been a champion of diversity in the past but comments about Jews, talking about homosexuality like it's a disease – you can't excuse inappropriate behaviour now on the basis of what you did years ago. I joined the Liberal Democrats because I didn't believe New Labour represented ordinary working people. And now Ken's refusing to publish his tax [this interview took place last Thursday morning]. I cannot stand hypocrites.

With Boris, there's a distinct lack of strategy and imagination in where he wants to take London. He implemented Ken's policies and those were done badly, and wasted taxpayers' money on vanity projects. He had to buy out a bus contract costing £2m just to get the last bendy buses off the road before the election. He has spent £11m on a new bus for London modelled on his own home, three entrances and two staircases, of which there are only two running. He's building the most expensive cable car in the world. When you earn £140k as Mayor and an additional £250k for writing a column, you start spending Londoners' money as if it's your own.

Why do you think the campaign has become bogged down in Punch and Judy politics?
Ken hates Boris and everything he stands for. Boris is fiercely competitive and dangerously ambitious. It's a disservice to Londoners. They want to know what London is going to look like in four years' time. Will it be safer, fairer, greener?

Do you think public opinion of the coalition could damage your chances?
Some people in the party are concerned about compromise in the coalition. 75% of our manifesto is being enacted, but we're a passionate party and people are worried about the other 25%. At Gay Pride a lot of Labour people were wearing badges saying 'Never kissed a Tory, never will' and I know the feeling. But Nick Clegg made it clear he would go with who the British people decided. The Tories won the most seats and we had to have a strong government for the economy.

What will be your personal contribution to improving the environment by 2016?
I've just moved into a new flat, and it has an exhaust air heat pump which heats water by collecting hot air as it rises in the room. I don't have a car. I have a Cycle Hire key but I couldn't find a space without going onto the main roads and they terrify me. I have an Oyster card. I have a water meter and I always shower now, in a drought it's important to save water and it also saves money.

If Londonist gave you £60m, how would you make London a better place?
£42m can restore police numbers to what they were two years ago before a cut of 1,700. £9m would fund the part-time season ticket. Re-zoning each station would cost £750k, so you'd be able to do 12.