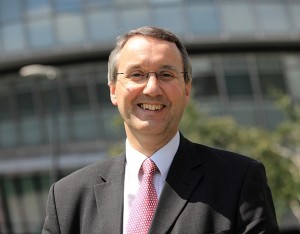 We're not just electing the Mayor on 3 May, we're also electing 25 members of the London Assembly, the body that scrutinises the Mayor and takes Londoners' concerns to the top. We're asking current members what the Assembly does and this week it's the turn of Liberal Democrat Mike Tuffrey. Mike is a former GLC member and has been on the Assembly since 2002; he also came very close to beating Brian Paddick to be the Lib Dem candidate for Mayor. As it happens, he's standing down at the election so we thought we'd get the benefit of his experience before he goes.

Apart from scrutinising the Mayor, what does the Assembly do?
It's not just the Mayor, we also scrutinise the "functional bodies" – transport, police, fire, the old London Development Agency – and other players on the London scene. Although we have no legal powers, nobody has ever refused an invitation to come and talk to the Assembly. We're also there to raise issues of concern to Londoners and push them into the public domain and media.

What extra powers do you wish the Assembly had?
The powers are changing. We now have the power to reject Mayoral strategy and the creation of new Mayoral development corporations. I would like to see changes in the way the budget is approved. The current threshold for proposing alternatives is too high [the Assembly can reject the Mayor's budget with a two-thirds majority vote, which has happened in the past, but getting a two-thirds agreement between parties on alternative proposals is almost impossible. The threshold to reject strategy is also two-thirds, but as seen with the budget it's easier to get the votes to reject something] and I like the American idea of "line item veto", where you go through the budget line by line and approve and reject each item. The Mayor should work harder to get his money.

We also don't have the power to block appointments. We have "confirmatory hearings" where we can summon a new Mayoral appointee and question them, but we can't reject an appointment. That would give a little more bite to the operation – though I wouldn't want to unbalance it. The system was set up along the lines of the US Mayors, but without the same checks and balances.

What do you feel most proud of during your time on the Assembly?
Most of my influence comes from things that haven't happened! It's a curious feature of scrutiny. People in executive positions know if they do something wrong they'll be hauled up, so it's about preventing bad things from happening. In terms of the positive: I've been campaigning and raising awareness for a Clean Air Zone in central London. I tried to persuade Ken Livingstone to extend the 50% discount on bus fares given to people on disability benefits to also include people on Jobseekers Allowance – I did manage to persuade Boris. I've kept up the pressure over the secretive nature of planning decisions and there's now an improved record of publishing their decisions and increasing transparency. And the Liberal Democrat alternative budget this year showed how it was possible to maintain a spread of spending and cut council tax, before Boris came up with his council tax cut.

If Londonist gave you £60m, how would you make London better?
I'd sort out air quality. Poor air quality affects young people, elderly people and people with respiratory problems like asthma. We're breathing in fine particles, but unlike the smogs of the 1950s we can't see them so there's no pressure for a revolution like the Clean Air Act and stopping burning coal etc. With £60m we could set up a Clean Air Zone, get polluting taxis off the road (which are the main cause of pollution in central London with their diesel engines) and start a switch to electric buses. It would create a step change in Londoners' health.