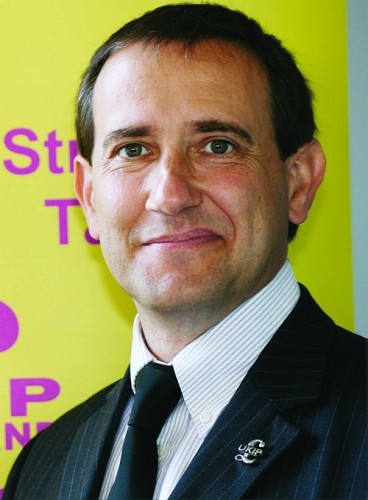 Lawrence Webb is a former electrician, member of the Territorial Army, UKIP London Chairman and current UKIP candidate for Mayor. We had a look at UKIP's manifesto yesterday; now let's see what he has to say about it.

You want to scrap the congestion charge. Can you tell us why, and how would you replace the lost revenue?
The Mayor's principal responsibility is transport, it makes up 60% of the budget. London's transport problems aren't going to be fixed by a few shiny new buses or a fare cut for 18 months, what happens when they go up again? The single largest commuter group in London is the motorist. 35% of all journeys involve the car and that's even higher in the outer boroughs. So if you're going to have a truly integrated transport policy you have to consider all road users.

The situation at the moment is that the Mayor controls red routes, but what Westminster might do with their parking – painting yellow lines here and there – just forces the issue into the neighbouring borough. What I want to do is take control of all parking across London to make it fair. At the moment you drive into the West End, get out, look, 'can I park here or not' and you end up getting a ticket. It's a tax on business and a tax on the night-time economy. You've got bar staff who, because of the hours they work, can't always rely on public transport; it's not worth them coming into work if they're going to face parking charges all night. I want to take control of parking across the whole of London and that will give me a revenue of £700m with economy of scale savings of £50m-75m [on running it]. That more than covers the loss of revenue from the congestion charge.

Would any of that revenue go into public transport?
Yes, it would go into a fully integrated transport system but I would have money that none of the other candidates have yet called upon. One of things I want to do is introduce a flexible off peak. At the moment the off peak starts at 9.30am so if you go to the outer boroughs there's nobody on the train between 8.30am and 9.30am because everyone's waiting for the cheap fare. If you had a flexible off peak, say three-quarters of the price, many people have flexible working so they could come in slightly later and take advantage of the cheaper fare, and others would come in slightly earlier so spread peak time congestion. It would cost very little, the way the ticketing works I think there would be sufficient people coming in earlier to counter those coming in later.

The manifesto gives priority to Londoners for jobs and homes. How do you define 'Londoner'?
It's if you've got some historic link. For example, if you come from Newcastle and you're homeless, you go to the top of the housing list because there's a statutory obligation to house the homeless. If you come from Portugal, you might have a villa in Portugal but if you're homeless in London you get priority in housing. I think that's unfair for those who have lived here for a number of years because they're always put back and slipping down the waiting list because priority is given to the homeless. So if you left a family home in Newcastle and came to London that's unfair on Londoners, because you left a perfectly good family home in Newcastle.

You want to reduce VAT on beer and cider to 5%.
One of the things the Mayor does is create a vision for London. The pub and night-time economy is central to London and there's a lot of press coverage of drinking and anti-social issues, but people can't afford to get drunk in a pub. (Actually, landlords are fairly responsible towards their drinkers.) I can't ultimately affect this as Mayor but it's a vision, something I want to create. Most pubs are suffering at the moment, I think 27 a week are closing and that's a local employer that disappears that impacts on about 20 jobs in the pub and supply chain.

What will you do to improve the environment?
One of the greatest impacts on the environment, we're told, is man. I want to live in a green and pleasant land as well, but it's going to be almost impossible to do anything about that while we have a current open door immigration policy. And again, the Mayor can't directly influence that other than by having a position on it and if UKIP do well it gives me a position to lobby the government. I also think all new developments should take the environment into account and what we want to introduce is a system of local referenda whereby the people who are going to be directly affected should be able to influence whether or not development takes place in their local area.

If Londonist gave you £60m, what would you do to make London better?
I would put that money to creating outdoor spaces that appeal to a number of age groups.