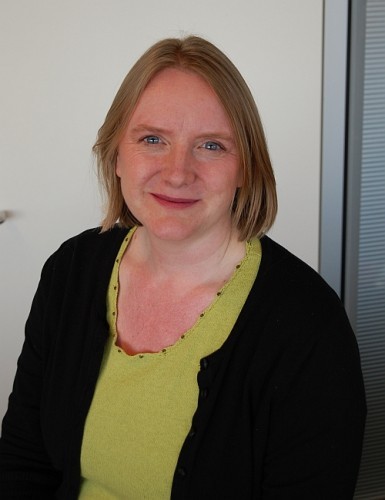 Joanne McCartney has been the Labour London Assembly Member for Enfield and Haringey since 2004. We're trying to find out more about what the Assembly does ahead of the May elections and she took some time to enlighten us.

Apart from scrutinising the Mayor, what does the Assembly do that we might not know about?
The London Assembly is responsible for holding the Mayor to account and scrutinising his work. This includes all of the bodies that the Mayor is responsible for, which include Transport for London, the Met Police and the London Fire Brigade. I chair the Police and Prime Committee, we look in depth into policing issues – there’s a lot going on at the moment from phone-hacking to policing after the riots.

We also look at other issues that are of importance to Londoners. I have been involved with investigations into the health service, public toilets, accessible transport, cycle parking and the 7/7 bombings – in all of these we made recommendations for various bodies and agencies to act upon.

I also think that the on-going damaging organisational changes to the NHS make it essential that the Assembly has a more formal statutory role in scrutinising and monitoring London’s Health Service.

What is the difference between you as a Constituency Assembly member and Londonwide members?
I act as a voice for my constituents and deal with casework on their behalf. Usually by the time someone contacts me they have tried all other avenues to solve their problems and have been unsuccessful. This can be really frustrating for them, so it is my job to try and crack these difficult cases and make a real difference to people’s lives. I also campaign with residents on local issues, such as transport and policing and together we have successfully obtained new pedestrian crossings, bus stops, better bus services to our hospitals and worked to improve the accountability of our local police.

As a constituency member I represent residents from two boroughs, Enfield and Haringey, this gives me the ability to link issues that span borough boundaries. After all most people don’t live their lives exclusively in one borough! Many of the issues that people want us to tackle often need to be looked at across a wider area, for example transport, crime and unemployment.

London-wide members are elected from party-lists, on polling day (Thursday 3 May) people get three ballot papers (one for Mayor, one for their constituency Assembly Member and one for their list choice). This system is similar to the ones used in Scotland and Wales and is a more ‘proportional’ system which ‘tops-up’ the constituency vote.

What do you personally feel most proud of during your time on the Assembly?
The one piece of work that really stands out for me was the Assembly’s 7 July Review Committee – a cross-party committee looking at the 7 July 2005 bombings which was tasked with identifying the lessons learnt and which made recommendations to improve the safety of Londoners in the future. As a member of this panel I heard from those who were caught up in this atrocious attack and from the family members of those who were killed. We heard of many extraordinary acts of bravery and compassion and of the difficulties and issues those involved faced (and are still facing) in the weeks and months that followed.

If Londonist gave you £60m, how would you make London a better place?
There are so many issues that residents are worried about that the money could be spent many times over. I would certainly invest in schemes for young people to ensure that they have the opportunities to stay in education and in skills training – particularly in areas of high unemployment such as Tottenham and Edmonton where many people are without work and are really struggling.