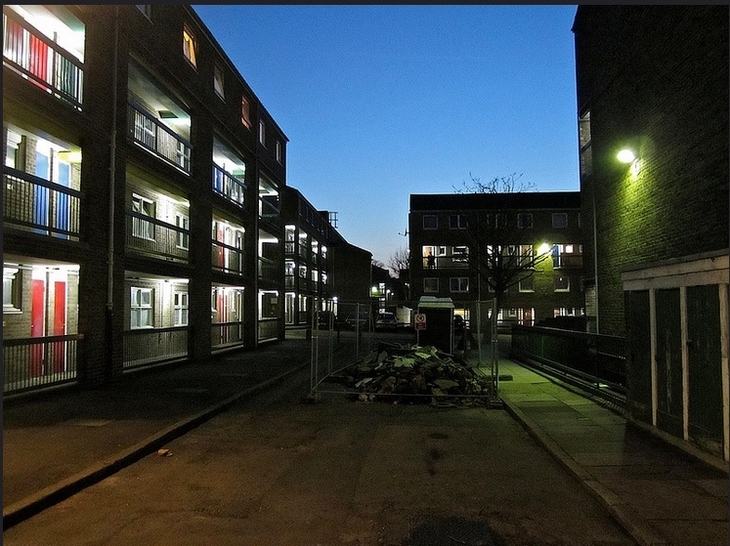 An increase in the sales of social housing under the Right to Buy (RTB) scheme is causing a housing headache for councils.

Figures from the Department for Communities and Local Government (DCLG) last week show increases across the country, but sales in London accounted for 33%, which is the highest number since the statistics were first published. Right to Buy was introduced by the Conservative government in 1980 to allow council tenants a chance to own their own home. The idea was that the money received from the sale would be used to build more social housing to replace it, which either hasn't happened or is happening extremely slowly. The DCLG said:

"The increase in right-to-buy sales since 2011-12 may, in part, be explained by the increased discounts available to tenants from 1 April 2012, the reducing of any effect of the financial crisis and the increased marketing surrounding the changes. In addition to this, in March 2013 the government further increased the maximum discount available for tenants living in London boroughs to £100,000.

"Councils received approximately £211m from right-to-buy sales, an average of £74,000 for each property sold, compared to £60,000 in 2013. They have three years to use the money they receive to fund replacement homes."

These are the London only figures from the DCLG:

So while sales haven't quite reached the pre-financial collapse levels of 10 years ago, they're showing a significant increase in actually quite a short space of time.

Part of the problem is that affordable housing is replacing social housing as the preferred house-building mantra — we pointed out last year that construction of social housing was drying up, especially since London Mayor Boris Johnson had decided to stop using funds for affordable housing to build for social rent. Councils are also still blocked from borrowing to build their own social housing. So now we reach a point where we have the ludicrous situation of local authorities actually paying rent for tenants in ex-council houses after they were bought under Right to Buy. The RTB discount must be repaid if the house is sold within five years so budding future landlords are potentially sitting on a goldmine, particularly in the London market where rents have shot up. Camden council is investigating whether it can create legislation to prohibit renting out of ex-council houses.

“A lot of council homes sold today will be in the hands of private landlords tomorrow. Fewer low-rent homes will drive more low paid people out of inner London. The mayor should lobby for it to be scrapped, and for councils to be allowed to borrow to invest in building many more.”

Another of RTB's less desirable outcomes is the loss of one and two bed properties for social rent, leading to problems for tenants under the so-called 'bedroom tax' introduced in 2013 to encourage the over-housed to downsize. Except they can't downsize because stock of smaller properties has been decimated by Right to Buy. Tenants fall into arrears, get evicted and the council ends up footing a colossal emergency housing bill. Honestly, it makes us want to bang our heads on the table in despair at the grotesque stupidity of it all.

“We support measures that help people buy their home, but not at the expense of affordable housing for those in need and languishing on waiting lists. As these figures show, the discounts on offer now are very high, over £100,000 in London, meaning homes are sold at a price that makes replacing them very difficult. Right to Buy needs to be urgently reformed to make sure every home sold is replaced by a new affordable home, otherwise the consequences for the next generation could be severe.

“There are already nearly 1.7 million people on local authority housing waiting lists across England. Selling off the homes we do have at a price which leaves very little to replace them is making this problem worse. While the government has promised that every home sold will be replaced, the current figures show this is clearly not happening.”