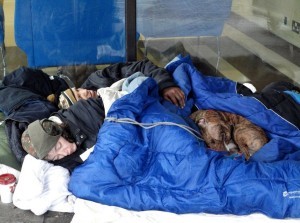 We reported last year that London boroughs' spending on emergency housing was reaching unprecedented heights, and today it's emerged that the total bill since 2010 is £630m.

These figures are just the latest to highlight the abject futility of applying benefit caps, sanctions and removing spare room subsidies when the money saved (and then some) is poured away on B&Bs and hotels. Reports have also revealed families living in squalid conditions for months at a time. At the same time, affordable housing allocations are being reduced and aren't particularly affordable anyway.

Behind these figures are homeless families trapped in temporary accommodation for months or sometimes years, with no chance to put down roots or bring up their children in a stable home.

Our welfare system must be fair, but these figures show that cuts to our housing safety net are simply a false economy, leaving more families stuck in emergency accommodation like bed and breakfasts, while the cost to the public purse soars.