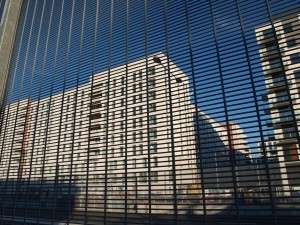 Just 86 London homes with two or more bedrooms are affordable to a couple with children, a Shelter report has revealed.

The report, which looked at over 325,000 homes for sale with at least two bedrooms in England found 10 London boroughs with no affordable properties at all — Westminster, Kensington and Chelsea, Camden, Ealing, Brent, Richmond upon Thames, Kingston upon Thames, Waltham Forest, Islington and Sutton). In a further five (Wandsworth, Lambeth, Hammersmith and Fulham, Tower Hamlets and Newham), there was just one affordable home.

Shelter's affordability criteria assumed that people buying homes can borrow up to 3.4 times the average local income while couples with children will most likely have one full-time and one part-time salary. This puts around 80% of homes across the country out of the reach of a working family with an average income.

For single people, the situation is even worse, with just 78 affordable homes in London. Couples without children have it slightly better with 1029 affordable properties available, but that's something of a relative comparison when you consider that it's still only 3.5% of the total. Shelter's chief executive Campbell Robb, said:

“When a family looking to buy their first home searches a whole town for a place to live and finds nothing they can afford, it’s clear we’re not just facing a housing shortage any more: it’s a full-blown drought.”

If you take a look at Shelter's figures from October 2013, the impact of the capital's overheated housing market in the last year really begins to hit home:

Back in February, we wrote about the lack of affordable housing being built, and the ones which were weren't even that affordable. And attempts to boost housing provision in London by freeing up brownfield sites could end up benefiting developers rather than local residents. London Assembly Labour Group Housing spokesperson Tom Copley, said:

“These figures, although coming as no surprise, are the latest shocking indicator of London’s housing crisis. The fact that this study found inner London boroughs such as Camden and Islington had no affordable housing available for sale at all should be a major wakeup call for the Mayor.

"We simply can't carry on like this. The government needs to lift the borrowing cap on councils to enable them to build new homes to their full potential, and take action to tackle land banking by big private developers.”

Take a look at our analysis, updated in May, on whether it's possible to live on a low income in London.

Photo by Past London in the Londonist Flickr pool.