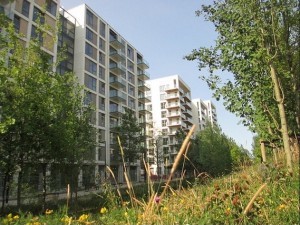 With a sense of déjà vu, we saw this week that London Mayor Boris Johnson has again been criticised for an apparent underspend in the affordable housing budget. Inside Housing has revealed that £380m of the £1.25bn allocated for affordable housing in 2015/18 has not been spent.

When we looked at the figures from City Hall earlier in the year, it was clear that fewer affordable homes were being built and they were getting more expensive at up to 80% of the market rate. As we mentioned previously, the Affordable Homes Programme is given a pot of money to see it through funding cycles, the current one being 2011-2015. The £380m which remains unspent is from the 2015-2018 cycle. We've updated our figures from earlier in the year:

Given the well-publicised shortage of housing in London and the increasing unaffordability of rental properties, why have funds not been allocated? City Hall says remaining £380m ‘will be used for future bids for affordable homes’. But part of the problem is the high cost of affordable homes. If a council houses tenants with low incomes or those on benefits in a home expecting them to pay 80% of the market rate, it's likely they will quickly fall into arrears. The housing association evicts the tenant who can end up being rehoused hundreds of miles away, become homeless, or end up in temporary accommodation at vast expense to the taxpayer.

Lack of land is also a problem — we recently looked at proposals to use brownfield and green belt land to boost housing. Providers only have until March 2018 to complete the houses in that funding cycle, so prolonged wrangling with council planning departments could be making them more cautious about accepting the Mayor's cash. The chief executive of housing provider Affinity Sutton, Keith Exford, told Inside Housing that one of the reasons for reduced bids was that 'providers only asked for money for schemes they knew they could deliver, compared to prospective bids in the last programme'.

A number of developments have also seen reductions in the amount of affordable housing originally required. The Olympic Park targets were cut earlier this year and a Shelter report identified just 86 affordable homes in London in June. The demolition of the Heygate Estate replaced social rented homes with 'affordable' homes costing more than its previous residents could hope to afford. Southwark council was apparently absolutely fine with this. Meanwhile, the plans for a 'floating village' in Newham, one of London's most deprived boroughs, include no affordable housing whatsoever. Instead, the council will take a chunk of money and build affordable housing elsewhere, an increasingly common tactic which could end up in ghettos for the rich, while poorer people are pushed out of the capital.

The Mayor had a target to deliver 100,000 affordable homes by the end of his tenure in 2016, but a Homes for London report in July claimed that target is in serious jeopardy. Boris Johnson blames the lack of development on 'nimbies objecting to a lack of affordable housing'. Labour AM and Group Housing Spokesperson Tom Copley, said:

“The affordable housing reforms pushed through by the Mayor have come back to haunt him. Housing associations don’t want to take his money to build so-called ‘affordable housing’ which, at up to 80 per cent market rent, is not affordable for those low-income households that need it."