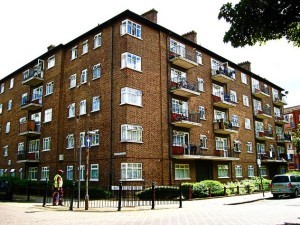 The consequence of a couple of policy decisions is making itself felt: construction of social housing has dropped right away in the last two years.

According to figures released yesterday by City Hall, there's been a total of 2,655 homes built between 2011-2013 intended for social rent, compared with 11,329 in 2010-2011 and 10,633 in 2009-2010. Boris Johnson said last year he wouldn't use the Mayor's affordable housing fund to build social housing, and councils are being blocked from building their own because of government restrictions on how much they can borrow. London Councils estimates that by lifting that cap, boroughs could build 60,000 more homes and create 19,200 jobs.

Social housing is a very different animal to affordable housing, even though they sound pretty much the same thing. Social (what used to be known as council) housing rents are kept low through public subsidy, whereas affordable housing can now attract rents up to 80% of market rate. As market rents spiral ever upwards, that pushes up the number of people claiming housing benefit and the amount they're claiming. The London Green Party recently did some calculations and worked out that if the 256,064 homes sold under right-to-buy in London were replaced, the benefits bill would come down by £750m a year.

Edit: we've just been sent a bit more data from the London Greens, who say:

Using data from the DWP’s Stat-Xplore tool, the difference in the average weekly award of housing benefit for private and council tenants in London was calculated to be £56. If the Mayor worked with councils and housing associations to build 14,560 homes per year rather than leaving people to rent privately, the saving would be £850 million per year. The estimated cost of building these homes, based on a subsidy of £100,000 per home, is £29bn.