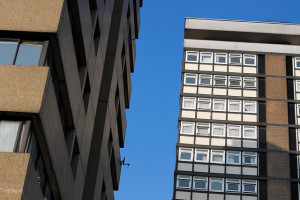 The bedroom tax is being blamed for an 18% rise in rent arrears for tenants living in Westminster.

The total arrears for all Westminster households subject to a cut in housing benefit if they're deemed to be under-occupying is £44,023. Not all of that will have been racked up since 1 April, when the changes came in, but Labour councillor Paul Dimoldenberg says the arrears have increased 18% since March 2013. And since the so-called bedroom tax affects social housing tenants, this is the council that's losing money.

439 council tenants in Westminster have had their housing benefit cut (£18 a week for one bedroom 'too many', £34 a week for two or more). 369 of these are in two-bedroom properties and need to downsize, but can't as there aren't enough suitable homes available. (Westminster has only managed to rehome 31 tenants.) When we wrote about the bedroom tax in April, we found there was a four-year waiting list in Lewisham for people wanting to move to a smaller home; the situation will be replicated all over London.

So tenants can't move and now they're getting into arrears (and not just in Westminster: see also Edinburgh, Nottingham, Norwich, Bristol and any other number of cities thrown up by a Google search). Moving into private rented accommodation won't be an option for many tenants either, since if you can't afford your council rent with an £18 a week cut, you won't be able to afford a market rent – or not without a massive increase in housing benefit. There really aren't any winners with this policy, are there?