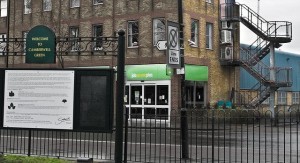 Child Poverty Action Group last week released a report looking at the effects of welfare reform in London. It's a critical issue for us, as 36% of London's children live below the poverty line and London households are losing more than the rest of the country because of benefits changes.

CPAG has focused on four main changes to social security: capping of local housing allowance (LHA) to the bottom 30% of rents within an area, the benefit cap of £500 a week for families and £350 for single people, the under-occupation penalty — or 'bedroom tax' — for those in social housing, and the 10% reduction in funding for council tax benefit.

Councils have avoided a full-scale crisis by using discretionary housing payments, but these are short-term and uncertain, and we've already noted the 1,000% rise in boroughs having to move people outside London to find affordable housing. It's not just high rents; expensive childcare costs and changes to the tax credit system means parents don't reap the benefits of going into work as much in the capital as elsewhere.

We recommend reading the whole report, particularly the section on whether welfare reforms have achieved their stated aims (in essence: not really, and even where there's been some improvement, like a slight reduction in the housing benefit bill, the knock-0n effects are creating costs elsewhere).

CPAG also makes recommendations to government, councils, the Mayor and GLA on how to ease the effects of benefit reform on Londoners, including uprating housing allowances and caps in line with real prices, protecting workless households from council tax benefit reduction and monitoring and keeping central government informed about the heightened impacts of reforms on Londoners.

Photo by Andrew Moreton from the Londonist Flickr pool