Homelessness In London Up 3% 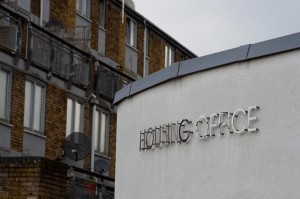 The number of people who are homeless in London rose 3% between October and December 2013 when compared to the same period in 2012, new government figures show.

We're talking about people who are statutorily homeless – those whom local councils have accepted a responsibility to find housing for, and is a very different thing from rough sleeping. 4,350 households were accepted as being owed a homelessness duty in the final quarter of 2013. And as homelessness in London is rising, across England as a whole homelessness was declining by 9%.

There were a total of 42,430 households in temporary accommodation in London at the end of 2013, a 9% increase over 2012. This compares to a 2% increase in England. 2,290 households were in bed and breakfasts, a situation which can be appalling as Channel 4 News demonstrated last year. And 11,180 households were being housed in a local authority other than the one that has responsibility for them. We recently looked at how much it's costing councils to house people in temporary accommodation: hundreds of millions since 2010.

The main reason for being accepted as homeless at the end of last year was the end of a tenancy – in other words, the lease came to an end and the tenant either couldn't afford a rent increase or the landlord decided to evict. This situation affected a third of the 4,350 total. London Assembly Member Darren Johnson said:

"The biggest cause of homelessness is landlords turfing people out. We urgently need more security for private tenants and regulations to stabilise rents so homeless families can be housed properly, otherwise they will be left sofa surfing, living out of B&Bs, or they will be shipped out of London to somewhere cheaper."