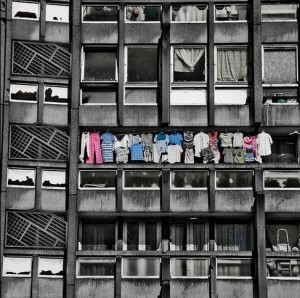 London's social housing crisis has led to a 1000% increase in families with school-age children being rehoused outside of the capital.

“Instead of supporting cuts to benefits for the low paid, disabled and jobseekers, the Mayor should be driving down rents by regulating the private rented sector and building more social housing. That would reduce the benefit bill and make London more affordable for everyone.”

While there's only a certain amount that Boris Johnson can do about welfare reforms handed down by central government, we've written often enough about the impact of failing to build enough social and (not that) affordable housing. Tom Copley AM put that very question to Johnson in this week's Mayor's Question Time (MQT) and the response, which you can see here, made us want to pull our own hair out, especially the bit when the mayor confuses social housing with affordable housing.

Meanwhile, 2014 has seen an increase in people made homeless after being unable to afford rent increases. Not to mention the utterly ludicrous situation where councils are unable to borrow money to build but instead have to find millions to pay for emergency housing when people are made homeless. It is a disgraceful waste of public money. And it's only March.

Last year we wrote about a campaign by mothers housed in Newham's Focus E15 hostel who faced being rehoused up to 200 miles away. In January this year, they occupied Newham council's offices and an East Thames Housing Association show flat in protest at their evictions. Back in 2010, Boris Johnson said to the London Assembly:

“Where people have put down roots and where they have family obligations such as sending their kids to school I think you have got to be very, very careful... I do not think... it is conservatism to say to people, 'We are going to have a policy of uprooting you from your home in short order'.”

Photo by Gary Kinsman in the Londonist Flickr pool.