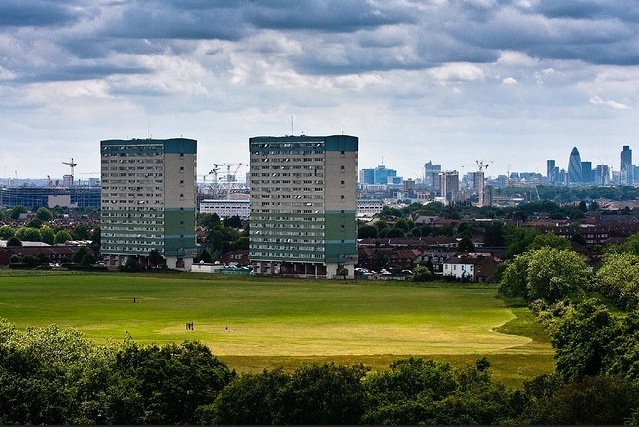 This year, the government announced proposals to build on brownfield sites, while green belt land within striking distance of London is also under consideration. That's three potential solutions to ease London's housing crisis. Let's take a look at the pros and cons of using them.

The figures from the Empty Houses campaign group exclude uninhabitable homes, flats above shops and (thankfully) homes scheduled for demolition, but nearly 60,000 empty homes is still a pretty big number. The government has looked at a variety of ways to discourage people from buying property then leaving it unoccupied, from banning overseas investors to slapping extra taxes on them.

So what about the empty houses owned by people other than Shanghai millionaires? Well, you can report it, either via Empty Homes or the local council's website (like Hackney's or Barking & Dagenham's). Self Help Housing also has step-by-step guides on finding and proposing uses for empty homes.

A combination of planning law relaxation, a property boom and previously unloved bits of London now being loved means that developers are speculatively eyeing sites they hadn't considered before. Chancellor George Osborne's recent announcement that London could get 'up to 50,000 new homes' looks on the face of it to be just what some of the capital's disused factory and office spaces need. But the very planning regulations which insist on a certain percentage of affordable homes within a development have had to be relaxed to entice developers. So while there may be more homes, it will only be Shanghai millionaires who can afford them.

Building on brownfield sites is also a lot less contentious than building on green belt. Apart from a few notable exceptions, not that many people care about brownfield sites, so putting a spin on getting rid of those nasty 70s office blocks to build homes for hard-working families is likely to be a vote-winner.

Cons: Potentially fewer affordable homes, too small a solution for too big a problem, over-development.

Housing shortages have turned the country's green spaces into a political football, perpetually kicked between people who want housing built full stop and people who don't want it on their village green. This New Statesman article from June throws the green belt out there and rather than ask if we should build, asks where we should build. It also includes a handy map from Barney Stringer which identifies areas within 800m (or a 10 minute walk) of an existing station. Golf courses don't fare too well.

Of course, there's more to it than just fencing off a few acres of Wanstead Flats to build some actual flats in Wanstead — as the NS article points out, schools, roads and other amenities need to be considered. But few things are guaranteed to get more local fur flying than proposed development of green belt land. The political impact of swiping green spaces could mean the loss of a council seat as a result of local opposition to plans.

Pros: Proximity to public transport, efficient use of space.

The answer is (predictably), that we need a combination of all three. Other useful stuff we need is more affordable housing that's actually affordable, reforms to the private rental market and to allow councils to borrow so they can rebuild their depleted housing stock. Is this too much of a tall order for any government?