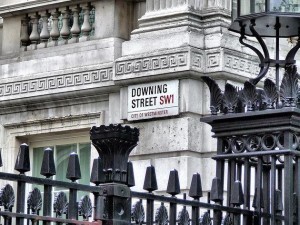 An opinion poll last week revealed that London mayor Boris Johnson has achieved new heights of popularity ahead of David Cameron, Nick Clegg and Ed Miliband. The YouGov survey attributes Boris's boost to the 'Olympic bounce', while speculation is yet again rife about whether the mayor will take on leadership of the Conservative party.

With the Tories on the public's naughty step over government cuts since they came into power, Boris Johnson appears to some to be the antithesis of the po-faced Conservatives. Can anyone see Cameron dangling from a zip wire like an over-large bat? No, of course not. But it's one of the things which apparently characterises Boris as the ideal Tory party leader. Needless to say, opinion is fiercely-divided on the subject so Londonist will examine the case. 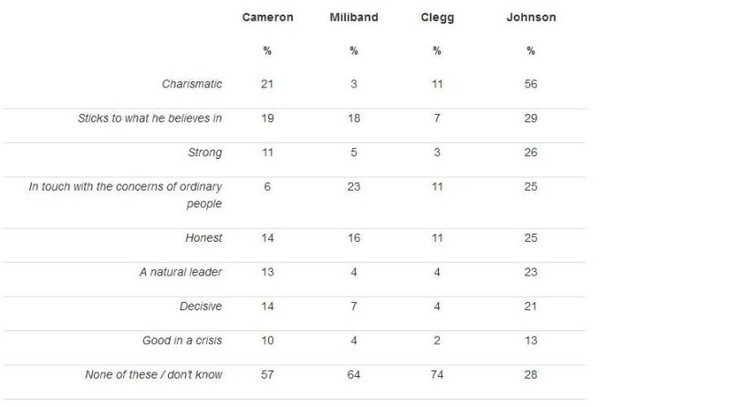 Politicians are notoriously short on charisma, so Boris's larger-than-life mannerisms mark him out like a ballerina in room full of wildebeest. His bumbling performance on Have I Got News For You endeared him to millions who instantly decided he was PM material. Quite why a display of apparent incompetence is a desirable trait in Britain's political leader remains a mystery.

Even Johnson's detractors grudgingly acknowledge his ability to win support based on little more than wit, a colourful turn of phrase and humour. David Cameron said of the zip wire escapade:

"If any other politician got stuck on a zip wire it would be disastrous. With Boris it's a triumph."

The flip side to all this pop-star popularity is the fact that many, even within his own party, can't take him seriously as a politician along with accusations of style over substance.

Sticks to what he believes in

No-one could argue that Johnson has been relentless in his persistence in opposing an expansion of Heathrow airport while simultaneously pushing for his favoured option of a Thames Estuary airport. The mayor was also highly critical of the PM's decision to demote former transport secretary Justine Greening, a potential sign that the Tories are considering on a U-turn over Heathrow.

He's also stood by his refusal to engage with the unions and condemnation of strike action, recently calling for legislation which would prevent unions from striking unless more than 50% of balloted members agreed and not simply a majority of those who voted for action. Ironically, as tube blogger ASLEF Shrugged points out, he disregards the fact that only 16.8% of Londoners eligible to vote made him their first choice for mayor in the May elections.

We think Johnson's score in this area rather depends on how you define 'strong'. The mayor certainly isn't shy about speaking his mind and has made numerous rousing speeches about everything from unions to airports. In a world of media-trained politicians, outspokenness can be seen as a good thing and has contributed to Johnson's no-nonsense reputation. But, as many have pointed out, Johnson's power is limited and ultimately he (and London) rely on the government in key areas.

In touch with the concerns of ordinary people

Despite having the same elite background as David Cameron, the mayor's bumbling, self-effacing, hair-tugging facade gives him an approachability the PM lacks, even if it is indeed a facade. At a pre-election appearance at Borough Market, the enthusiasm with which Johnson was greeted was astonishing. Despite the speed of the whistle-stop visit, he exhibited charm and showmanship, though in common with other similar visits he somehow managed to evade questions.

Though while engaging in person, his electoral manifesto was criticised for lack of substance, in common, some might say, with the man himself. The capital's housing crisis and severe lack of social and affordable housing aren't showing any real signs of being addressed. Johnson may make the right noises but increases in transport fares, rent rises, and caps on benefits are hitting some of the poorest the hardest.

The YouGov poll identified honesty as one of the mayor's high-scoring points. For a man sacked from a previous job as a journalist for making up a quote and for whom a former colleague parodied Belloc's Matilda ("Boris told such dreadful lies /It made one gasp and stretch one's eyes...") we can only assume that hearty bluster is more convincing than a well-honed speech.

Johnson is perceived to 'tell it like it is', something which he can get away with as mayor but Tim Bale, author of The Conservative Party: From Thatcher to Cameron, told Reuters:

"It's one thing to make great speeches at the Olympics, to make a virtue of bumbling through them and making the odd gaffe. But when you are in parliament you cannot afford to make those kinds of mistakes - you have to follow a brief. If he can do that, all good, but that would also lead to Boris not being Boris, and he could lose his appeal."

Johnson's star has risen considerably during the Olympics and although it was his predecessor, Ken Livingstone, who was at the helm at the time London won the bid, Boris has received the acclaim for it. Meanwhile, Cameron and finance minister George Osborne have made some unpopular decisions and staked the Conservatives' re-election chances on returning the country to economic stability, yet while Johnson was the darling of the Olympics, Osborne and Cameron were booed at the Paralympic Games over cuts to disability benefits overseen by Paralympic sponsor Atos.

Could Johnson have made the same cuts in their position? Would he have done so? We suspect that if he had, he would somehow have extricated himself from the net of public anger with more dexterity than Cameron, but we could also argue that a good leader needs to be able to stand by their decisions, no matter how unpopular.

Grant Shapps, himself no stranger to controversy, said in a radio interview that he doesn't believe Johnson has the skills to be PM, not to mention the fact that Johnson's current term as mayor will take him past the next general election into 2016. To be in with a chance at the Tory party leadership, Johnson would need to step down as mayor and use a by-election to grab an empty seat.

Pulling the troubled Tube Lines under the Transport for London umbrella in 2010 was a shrewd bit of decision-making. Not only did it allow him to get one over on Ken Livingstone, but it was a very public show of doing something to curb the endless delays and closures suffered by commuters. It came back to bite him though — he was later accused of breaking his promise of an end to weekend tube closures.

His decision-making over projects such as the dubiously-purposed cable car and the cycle-hire scheme have brought disfavour. Both projects were pitched as not costing the taxpayer anything — the former left TfL facing a funding shortfall while the latter is showing no signs of paying for itself.

Good in a crisis

What better opportunity to demonstrate one's ability to keep calm and carry on than the city you run suddenly descending into riots? Both Johnson and Cameron had the misfortune to be on holiday (not together) during the riots last August and neither appeared anxious to cut their hols short to come back to London. The mayor's eventual visit to Clapham armed with a broom didn't go too well at first — local residents jeered and blamed him while asking if he would resign.

But no-one could accuse the mayor of not being able to turn a situation to his advantage and somehow he turned the boos to applause, then blamed the government. Johnson's biographer Sonia Purnell points out just how well that went down:

His relations with Downing Street were less easy to mend, however, particularly after he gave a radio interview offloading blame onto the government for cutting police numbers. Chancellor George Osborne, who often delivers the ‘bad cop’ message to Boris on Cameron’s behalf when he causes irritation, was urgently dispatched to administer a severe dressing down.

So could Boris Johnson become Tory party leader or even PM? There's certainly strong opposition from within the Conservative party. Downing Street are dismissive of his chances while unnamed sources in the party told Sonia Purnell that being a celebrity figure wasn't good enough and they would dish the dirt to prevent Johnson progressing any further than City Hall. His alienation of his own party threatens Londoners as well as his own chances of winning enough support.

There's also the question of the diminishing number of people prepared to vote for another Conservative government. The Tories' chances of getting a majority vote in the next election have been damaged by the endless round of cuts. Would Johnson's showmanship be enough to win him No.10?

Finally, the mayor himself has repeatedly refuted suggestions that he would be up for the job. Following the zip wire incident he said it was time to knock on the head once and for all speculation that his sights were set on No.10, saying, "how could anybody elect a prat who gets stuck in a zip wire". He has also famously described his chances of being PM as being akin to "being decapitated by a frisbee, blinded by a champagne cork, locked in a fridge or being reincarnated as an olive."

Dear reader, we refer you back to the 'Honesty' section and leave you to draw your own conclusions.

Photo by bryan with a y in the Londonist Flickr pool.